Are You Working Your Muscles OFTEN Enough for Max Results? 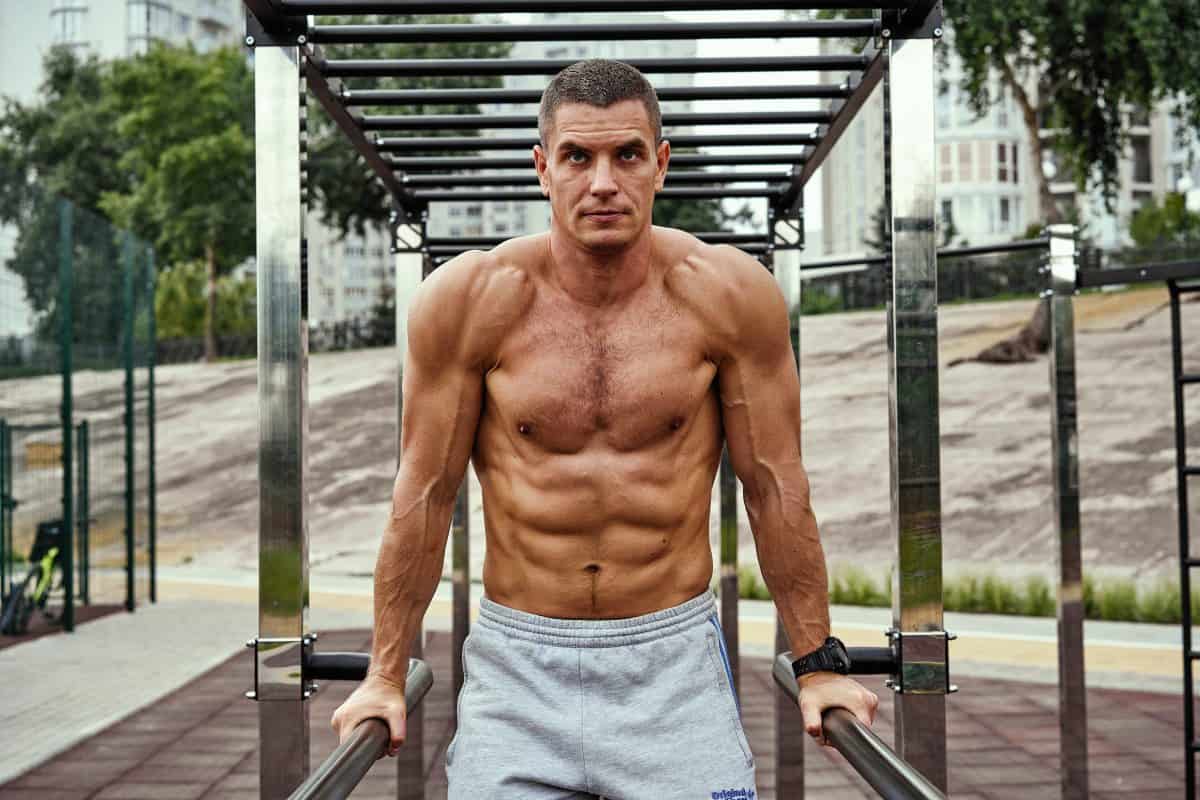 “Are You Working Your Muscles OFTEN Enough for Max Results?”

The answer, for the most part, is NO… and it could be what’s holding you back BIG TIME in muscle and strength gains.

One of the things I was lucky enough to learn very early on in my training career is that the more frequently you can hit your muscles AND STILL RECOVER, the better your muscle and strength results will be.

Here’s how it happened for me.

That autumn, I had gone off to university. 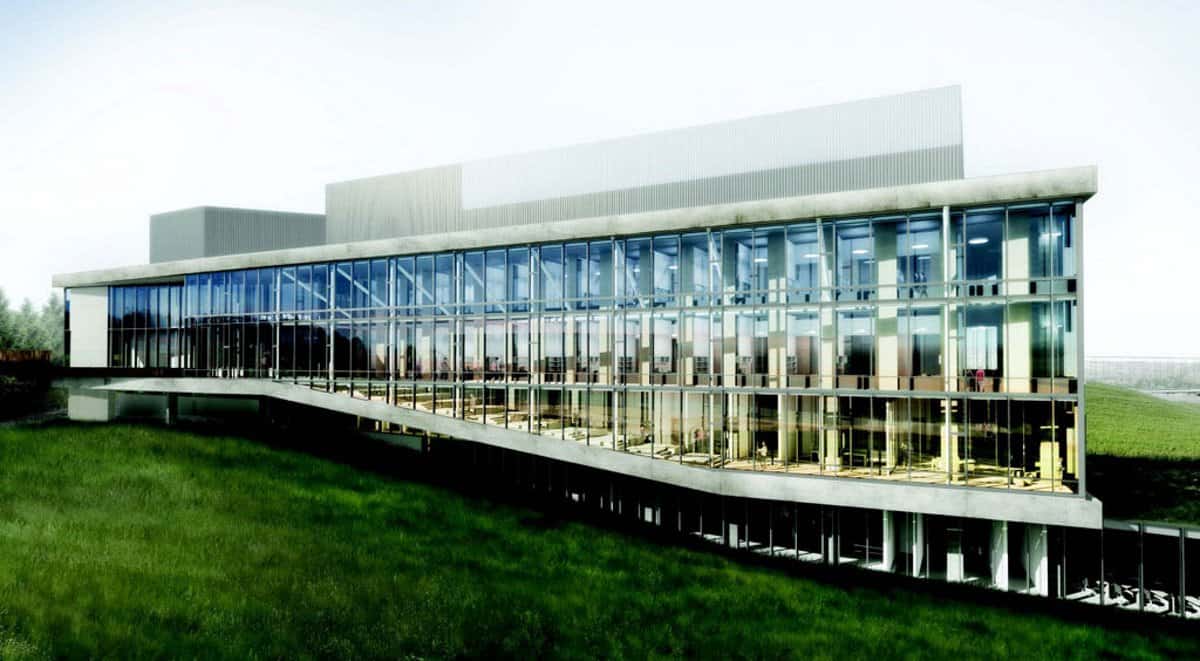 I had really gotten serious about the weights, hitting the gym 4 times a week, following a hardcore “magazine” program that honestly, I really had no business following at that stage in my training.

My problem was this… I was getting really good results.

That sounds absolutely INSANE to be complaining about but in looking back, early success in this fashion can actually be what sets the stage for FAILURE in the long run.

I got results because I was 18 years old, I was an “ex” endurance athlete who was no longer doing any endurance training, and I was eating like a starving werewolf.

After about 3 months of moving forward like this, I hit the wall and my progress stopped. 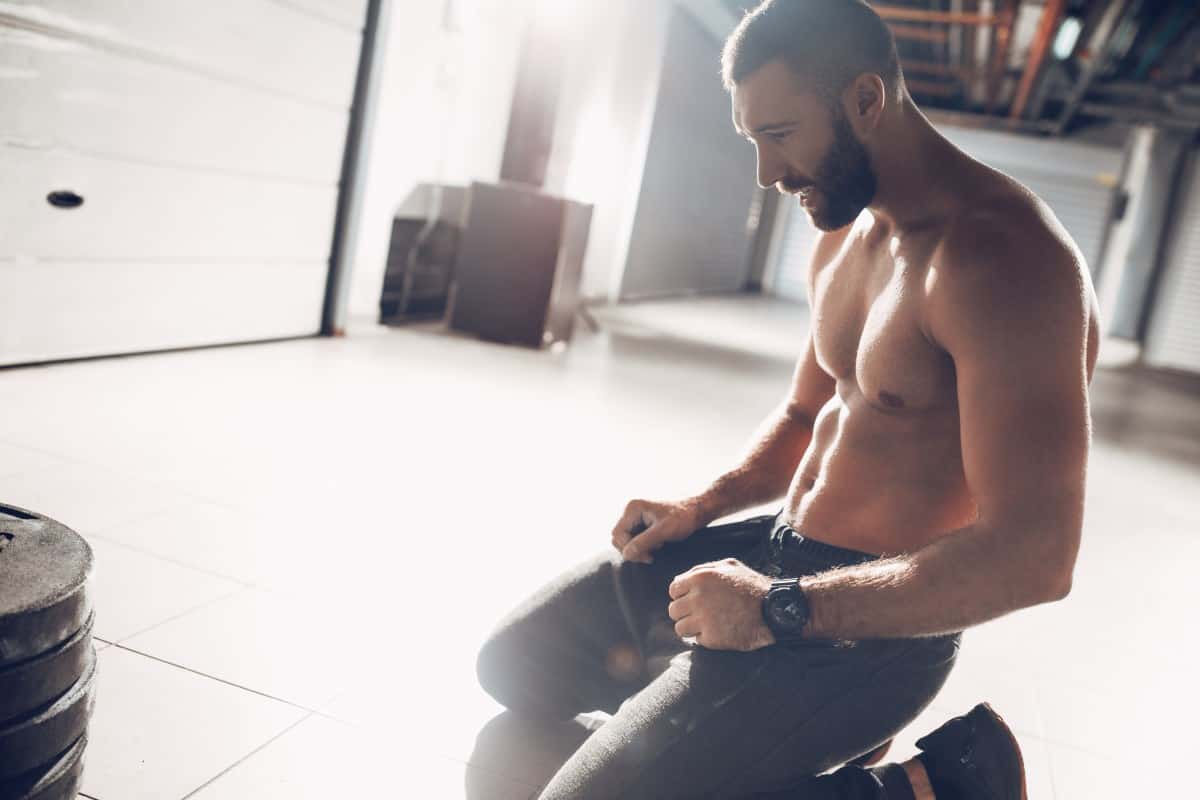 I learned something the hard way…

If you achieve success early and you don’t know WHY you’ve achieved that success, when the results start to taper off, you have NO IDEA what do next to KEEP making progress.

And that’s where, looking back on it, I did one of the SMARTEST things I could’ve done in response to hitting that wall.

I didn’t keep banging my head against the wall, trying to squeeze results out of the same old approach as many people do.

If you’re a dinosaur like me and familiar with the old “Bulgarian Burst” training system. 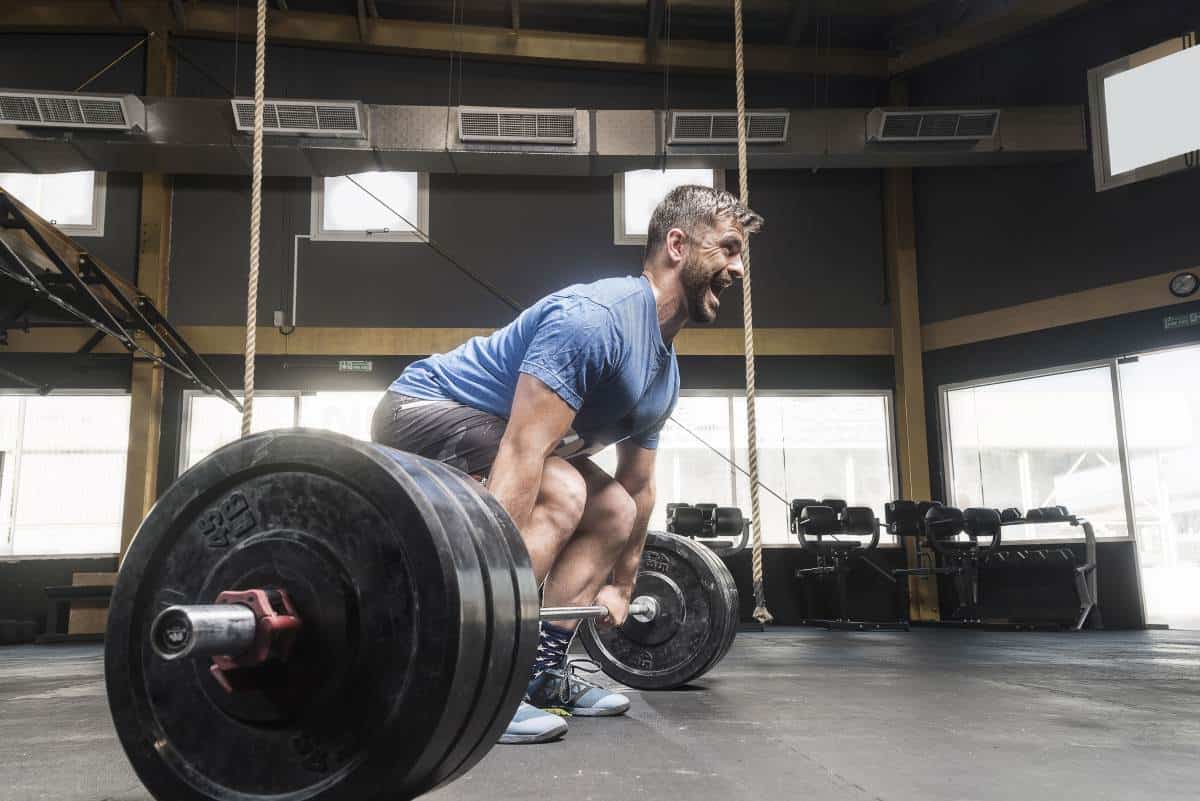 That was the program that really set me on the right path for discovering what WORKS for building muscle and strength.

The two keys I got from this program are the following…

To get long-term results, you have to overtrain yourself ON PURPOSE (i.e. overreaching, a.k.a. accumulation of training volume) and then back off ON SCHEDULE to allow your body a chance to recover (i.e. intensification).

Your body doesn’t react to training in a straight line…you have work with it in cycles.

You can train your muscles a LOT more frequently than most people think…upwards of 6 times a week (or more, if you’re doing twice a day training!), as long as you keep the volume per session low enough that your body can deal with it with crashing into overtraining TOO fast.

I started on the Bulgarian training program first thing in January of 1992: 6 days a week, twice a day… and I kept on it for 5 months straight, following it to the letter.

And believe me when I tell you, I was putting on muscle and gaining strength like CRAZY with this approach…and the beauty of it was, I was too “young” in my training years to know that this was actually supposed to be wrong! 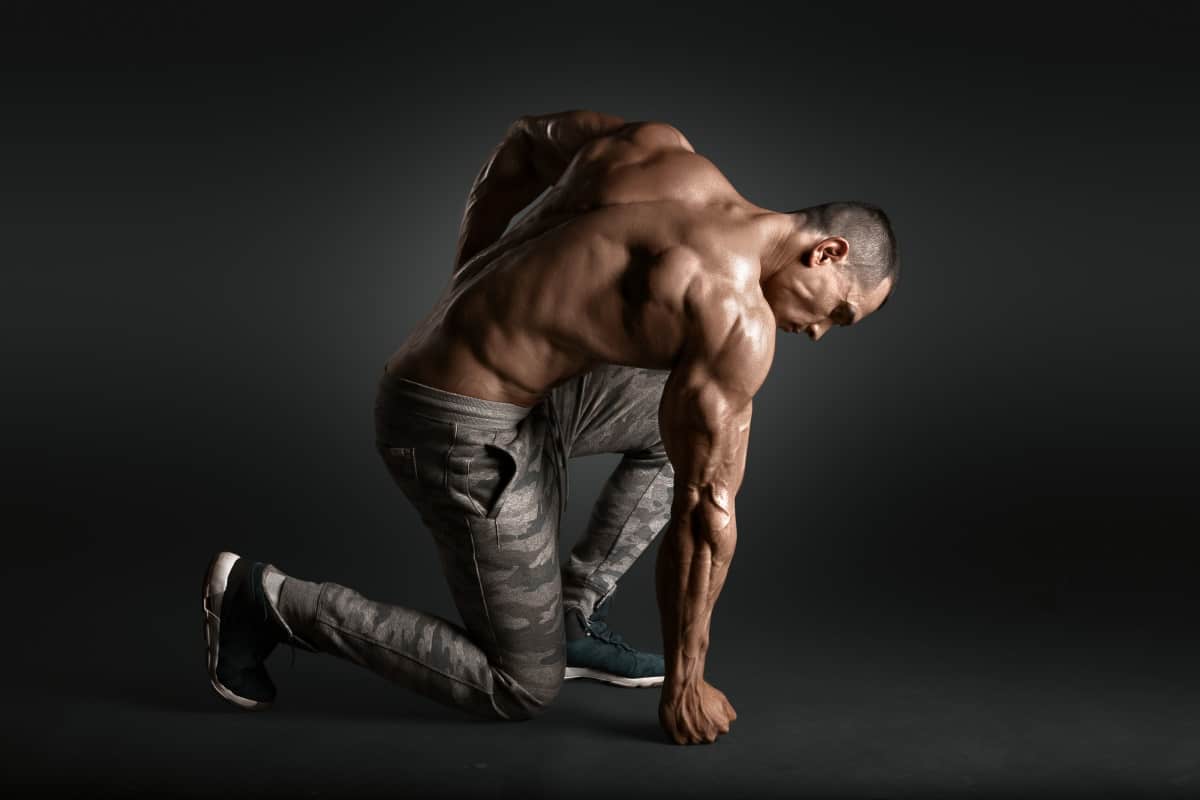 In the 8 months I was in my first year of university, I gained 75 lbs of bodyweight (going from 142 lbs to 217 lbs) literally TRANSFORMING myself from a skinny runner into a “beast.”

During those 5 months of training, there were times when I was hitting every muscle group hard EVERY SINGLE DAY, 6 days a week.

Crazy, yes, but I was doing it RIGHT, so it WORKED.

Fast forward to today… and I’ll tell you without hesitation, if you want to get big and strong, you NEED to find a way to train your muscles more frequently.

In fact, if you have any of my muscle-building programs, you’ll see this pretty clearly.

I have no reservations about making you hit the same muscles and movements on back-to-back days, repeatedly. It’s what WORKS. 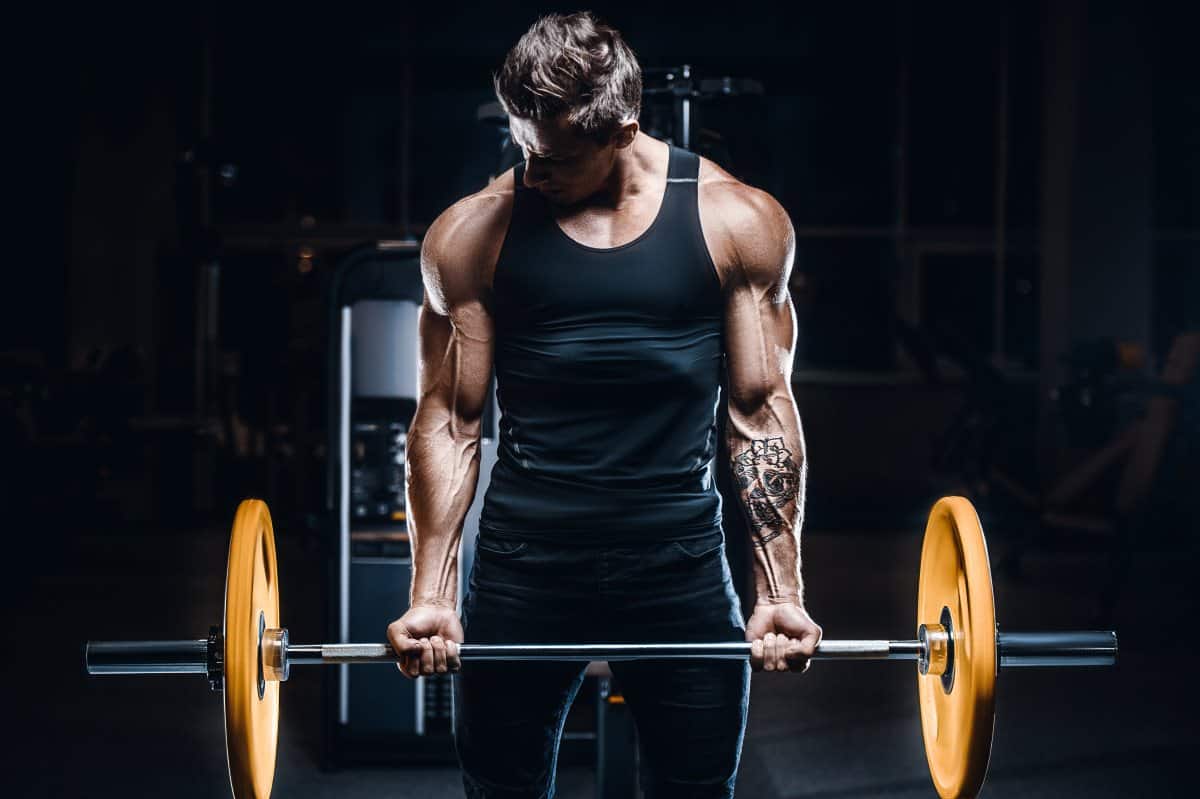 Here’s the thing, though… my programs are admittedly a bit nuts… and I know they’re not for everybody.

There IS still, however, a need for good, smart training that has a strong focus on training your muscles as frequently as possible for maximum results.

So with that in mind, I want to introduce you to a friend of mine, Rusty Moore.

He’s been around the block with training (30+ years), and, just like me, has had GREAT results with a more frequent approach to hitting the muscles.

Rusty is a no BS kind of guy, which is one of the things I like best about him. He’s put together a program called Visual Impact Frequency Training… and it is EXCELLENT. 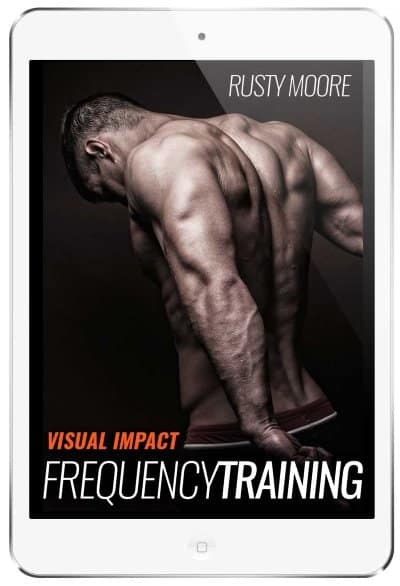 In it, he draws from many of the same sources that I’ve learned from myself…the Bulgarians, the Soviets, etc, who basically did the OPPOSITE of what most “western” bodybuilding training talks about.

If you’ve used my programs (i.e. Muscle Explosion and Mad Scientist Muscle) with success, you’re going to LOVE Rusty’s approach in this book.

It’s right in line with what I KNOW works.

It’s a program focused on applying very strategic, very targeted types of training stress to your muscles to achieve strength, power and muscle density and size while staying lean and sharp.

In other words, Visual Impact Frequency Training is going to help you get BIG and STRONG, while staying LEAN.

(And just so you know up front, you don’t HAVE to train 6 days a week twice a day like I did to make this work…his approach can be adapted to as few as 4 sessions a week)

Check it out here.

Note: Nick has just released an awesome workout program that works incredible at home with minimal equipment: Time-Volume Training. He is offering it for a discounted price due to current world issues.