The Potato Hack for Rapid Fat Loss | The All Potato Diet 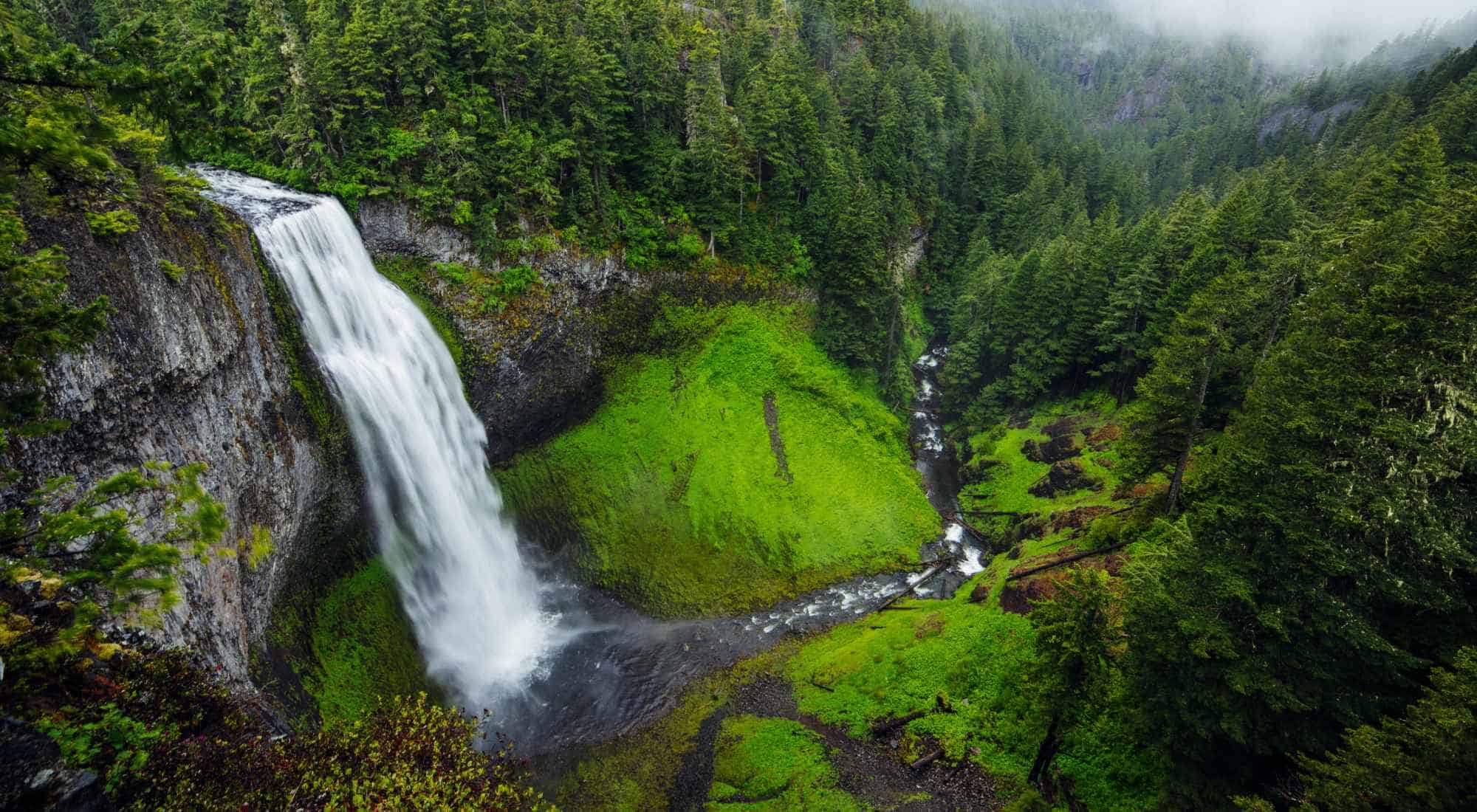 About 5 1/2 years ago Chris Voigt, executive director of the Washington State Potato Commission, decided to live on nothing but potatoes for 60 days.

He did this to make a point.

The keto, paleo, and low carb movement have demonized potatoes.

Chris wanted to show that potatoes are nutrient dense and actually have a positive impact on health.

He wound up losing 21 pounds (he wasn’t even trying to lose weight).

Not only did Chris lose weight, his HDL, triglycerides and fasting glucose levels improved dramatically. 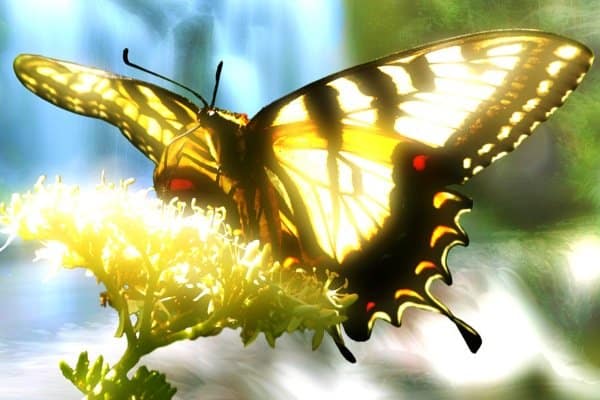 Shortly after his experiment, in late 2010, the butterfly effect began.

Richard Nikoley was the first major paleo blogger (as far as I recall) who challenged the paleo diet rule of avoiding potatoes.

Richard led the charge, but a guy by the name of Tim Steele began commenting on Richard’s site about “Resistant Starch” in potatoes.

Some time after that…

Richard and Tim teamed up on podcasts discussing how resistant starch makes the potato an incredible food for gut health and weight loss.

Tim eventually started his own blog in 2014.

This blog post is s summary of this awesome book, and a few tips and tweaks I’m currently using.

A brief summary of the Potato Hack:

The potato hack is a short-term 3 to 5 day diet where you eat nothing but potatoes. You can expect to lose around 1/2 to 1 pound of fat per DAY over 3 to 5 days. Repeat this 3 to 5 day hack each week until you reach your target weight.

It’s not uncommon to drop 10-15 pounds of body fat in one month following this protocol.

We are talking body fat loss, not just glycogen and water (like many other diets).

The Simple Rules of the Potato Hack Diet:

A potato-only diet won’t cover all of your nutritional needs.

Tim covers this concern in great detail in The Potato Hack.

I highly encourage you to pick up Tim’s book on Kindle, to see how all of this works (it’s only $6 right now).

Note: Tim also follows my High Carb Fat Loss diet when he is not doing a short potato hack.

You are only doing this in 3-5 day stretches.

A lot of people throughout history have proven that potatoes can sustain human life for months or even years at a time. 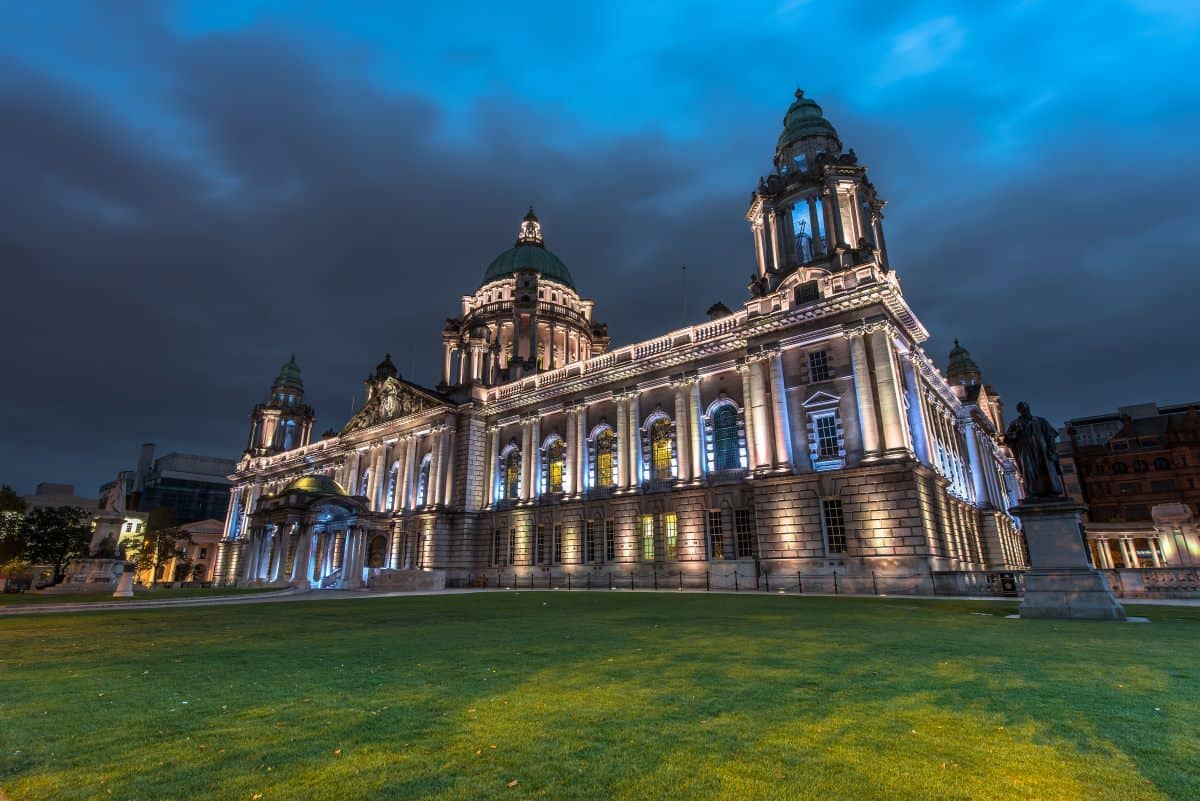 (My grandfather was from Ireland, and I still need to make a trip to this beautiful country.)

Here are my results so far with The Potato Hack diet plan.

I have only done two rounds of a 3-day potato hack (currently on round 3).

I was pretty strict and ate cold potatoes (boiled then cooled) my first time, but the second time I expanded the recipes and ate baked potatoes, baked fries, etc. 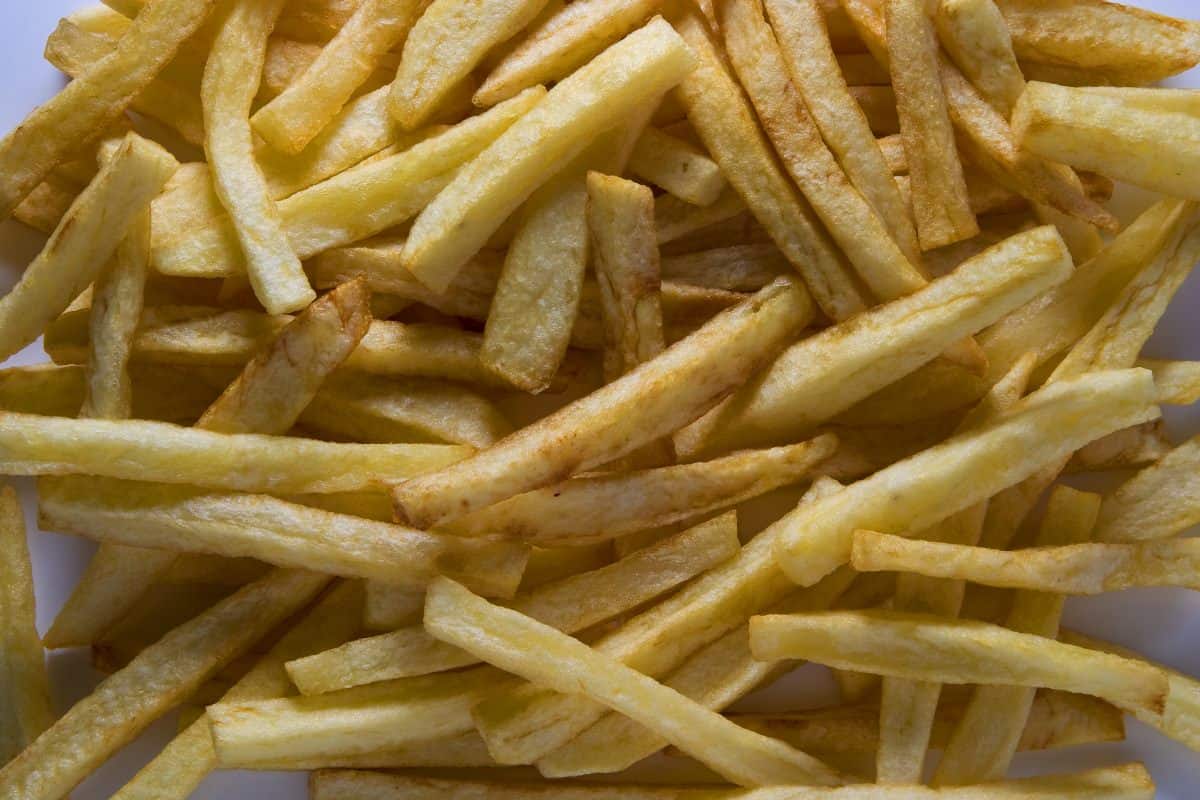 (My current favorite potato diet recipe is making baked potatoes and letting them cool. Then I chop up into fries and broil in the oven for 15 minutes.)

I regained a little bit of weight after resuming with normal eating, but not as much as when I go low carb.

There seems to be less of a rebound effect with potatoes.

I’ve kept 6 of the 8 pounds off… and feel I will hit my goal weight in just a few weeks.

My face and midsection are noticeably leaner.

I really didn’t expect that to happen so quickly.

There are countless people who have achieved results with Tim Steele’s Potato Hack over the past 2 years.

Here’s a weight loss success story of a well-known celebrity.

Kevin Smith followed an all potato diet and lost close to 50 pounds in less than 6 months.

(Kevin is probably most known for his role of Silent Bob in the movie Clerks.)

Here’s Kevin Smith’s potato diet before and after picture: 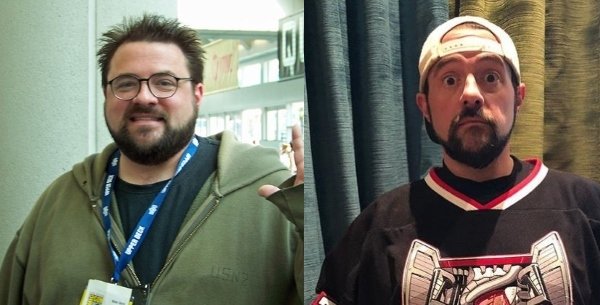 Kevin desperately needed to lose 50 pounds after he had a massive heart attack in early 2018.

He was inspired to give it a shot after Penn Jillette (Penn & Teller) lost 100 pounds eating potatoes.

After both Penn Jillette and Kevin Smith’s success stories hit the news, The Potato Hack became a #1 Best Seller on Amazon.

The potato hack works best when you prepare your potatoes in a bland way. You actually want it bland for a reason.

When you only have access to boring food, like plain potatoes, you will only eat when you are truly hungry. 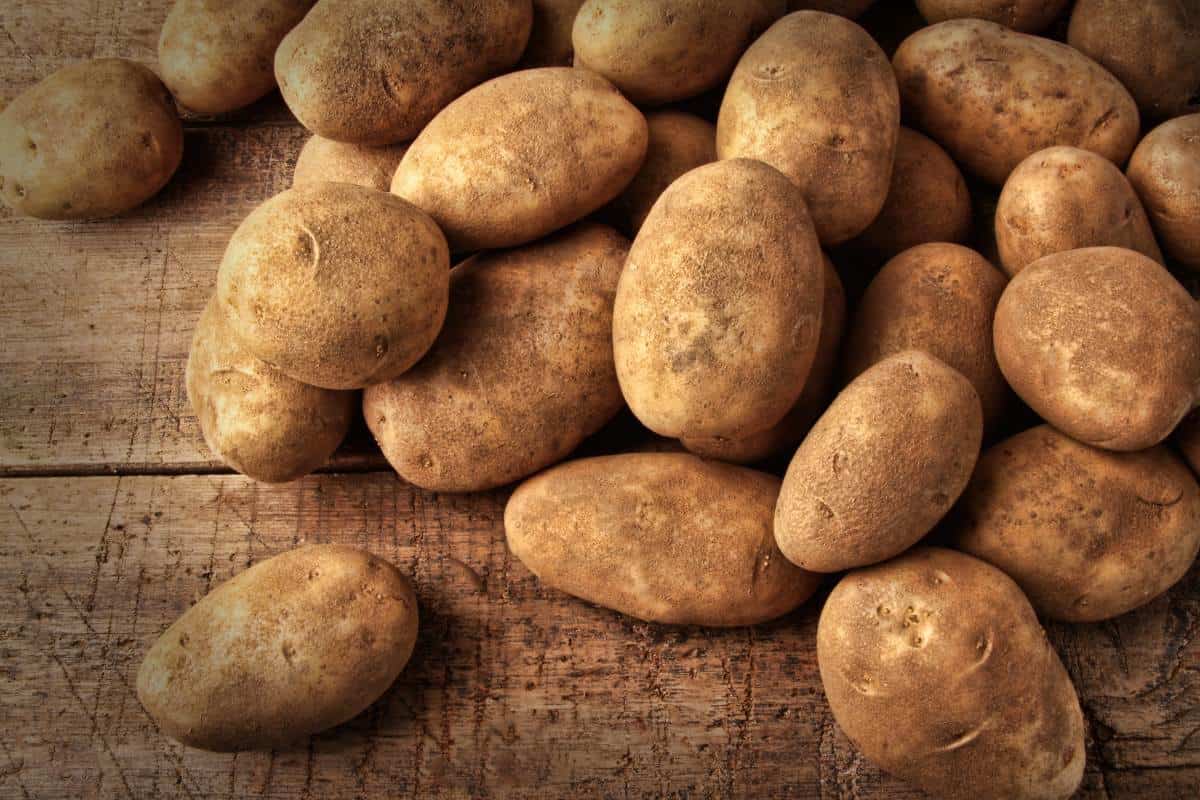 For instance, the night before last I was craving sweets, but I didn’t have access to sweet food.

Since more potatoes didn’t sound great at that time, I wound up just pouring myself another glass of seltzer water.

If I was legitimately hungry, I would have eaten some potatoes.

Potatoes sounded bland, so I passed.

Often times we eat just to entertain our taste buds.

You don’t always eat because you are hungry.

This is the reason that you can feel stuffed from a large dinner, but still “magically” have room for dessert.

I’d say a large portion of the time we eat, we are simply eating for taste bud cravings, NOT hunger.

When you limit your options to potatoes, you learn to recognize the difference.

Potatoes are also one of the most filling foods you can eat.

Before I talk about how I like to prepare my potatoes, I need to discuss how to maximize resistant starch.

This is discussed in detail in Tim’s book.

Resistant starch increases each time a potato is cooked, then cooled.

“If the cooked potato is allowed to cool, the amylose and amylopectin starches undergo a process called retrogradation where the straight potions of each starch unit rejoin and form crystals.”

Each time you cool then reheat the potato, you increase resistant starch content.

Here’s an example of what happens to 1 medium potato:

Nobody wants to eat a raw potato even on an all potato diet.

The biggest increase in resistant starch happens when a potato has been cooked then cooled (cooled down for many hours in the fridge, ideally overnight).

What I like to do is to steam 3 pounds of potatoes the day before, put in a plastic container in the fridge overnight, then reheat and eat the following day.

I’ve tried a variety of potatoes, but I’m partial to Organic Yukon Gold. 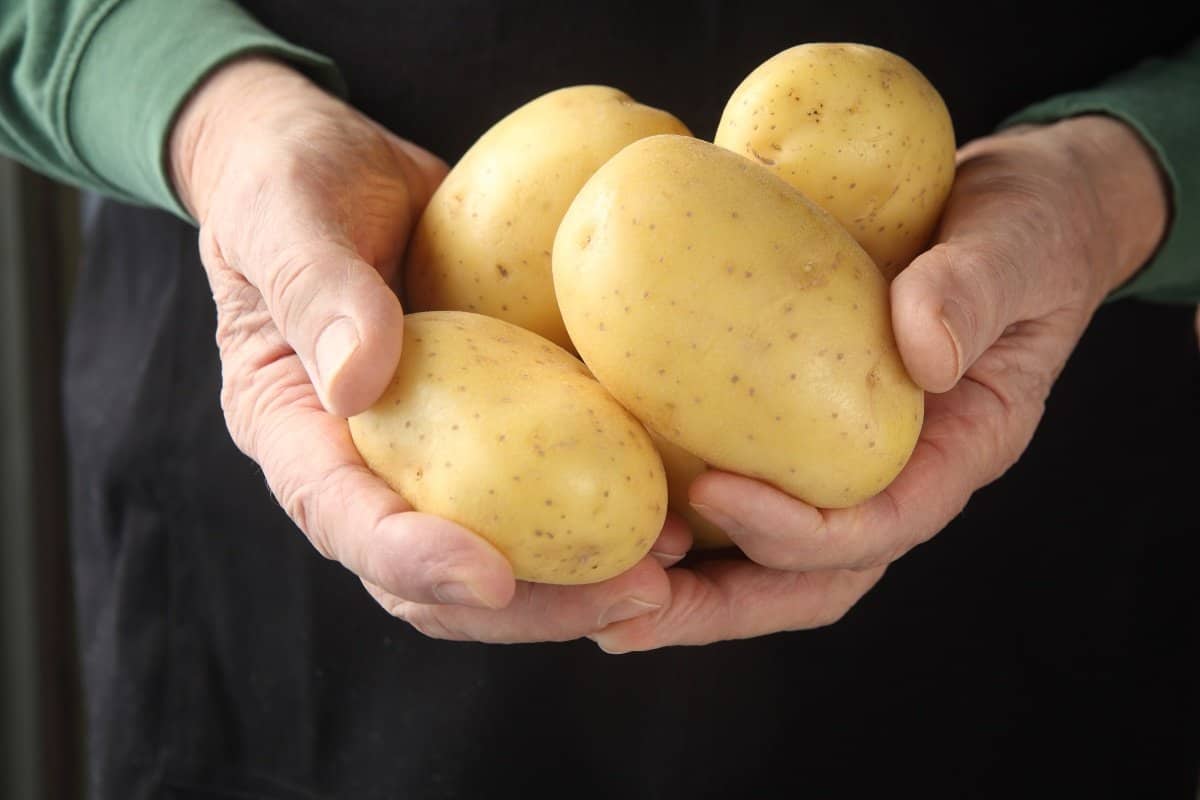 I like to find ones that are slightly larger than a golf ball and steam for 15 minutes. This keeps them firm, so when I reheat them they don’t become too soft.

Can you eat these with ketchup?

The less condiments you use, the better.

Things like spices and vinegar are okay and you can use ketchup, just don’t overdo it.

What I like to do is cut up the cooked and cooled potatoes into slices, sprinkle with salt and pepper and then broil in the oven.

If you try to bake these slices, they wind up sticking to the pan.

Broiling works perfectly because you can cook the potatoes without oil and without having the problem of potatoes sticking to the pan.

What about training during the potato hack diet?

I’d avoid any intense HIIT cardio during the 3-5 days of potato eating, so just less intense steady state cardio on those days as far as cardio goes.

Here’s my training setup these next few weeks I’m doing the potato hack:

Note: I’m only doing this for the next 3-4 weeks max. By then I expect to be at my target weight.

Remember, this isn’t a long term diet, it’s just a way to quickly get lean without hunger or low energy.

I plan on using 3 days hacks whenever I feel I want to lean out a bit.

It makes sense to me to string together 3 days in a row versus alternating every other day during the week. In my experience, the fat loss seems to accelerate on day 2 and day 3.

I’m not sure if that would happen if you alternated days.

Anyway, this is one of the easier ways I’ve seen to get lean in a hurry.

2019 Update: This post has gone viral and now The Potato Hack is a #1 bestseller on Amazon.

Tim Steele, the author of The Potato Hack, also follows my High Carb Fat Loss Diet (when he isn’t doing a Potato Hack).

Give it a shot! 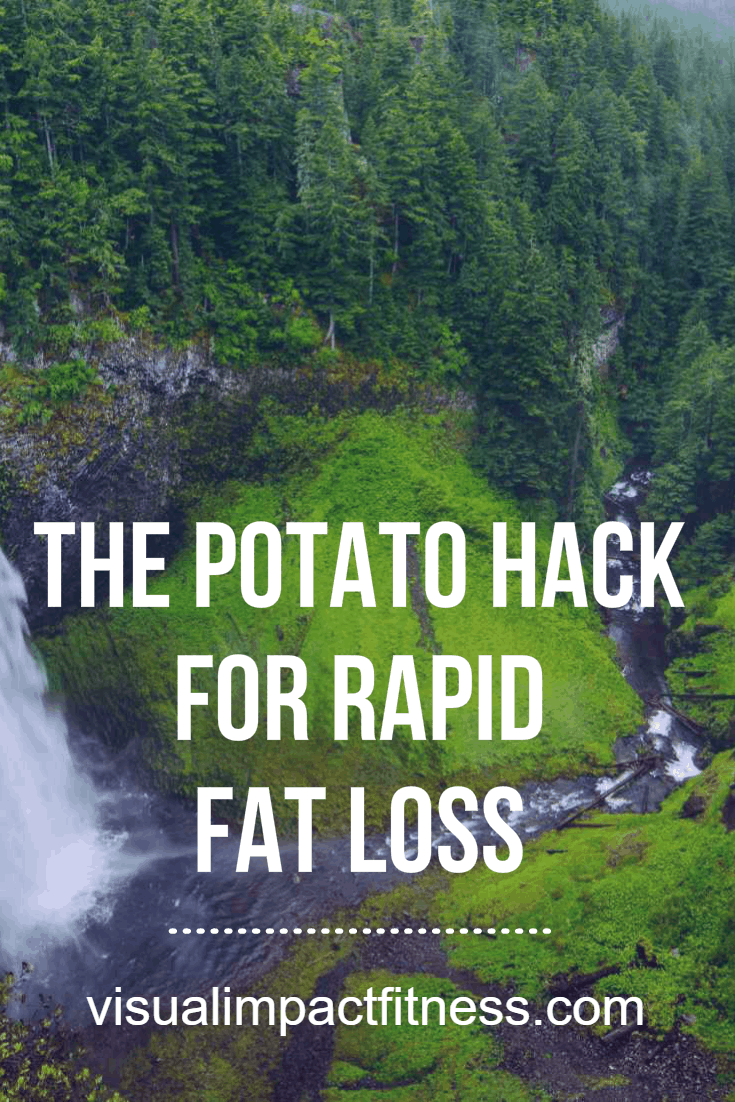