The Game Changers Movie: Is It Just Vegan Propaganda? 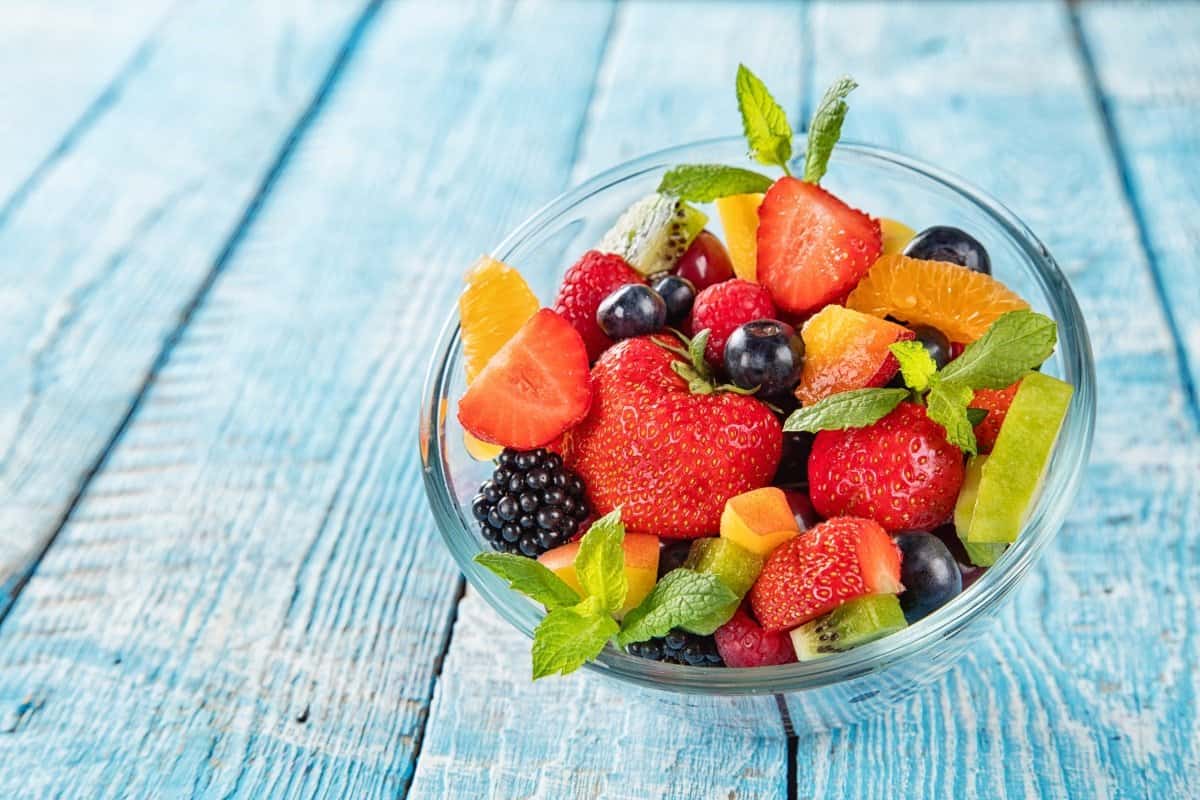 The Game Changers is a documentary about the performance and health benefits of a plant-based diet.

It has some big names behind it:

It was released on iTunes on October 1st and in less than 1 week it has become the best selling documentary ever on iTunes.

I began watching this on my desktop computer the day it hit Netflix, but quickly switched off my computer and went to watch in my living room on my big screen TV.

I am here to give my opinion on the movie.

…but it’s NOT unbiased.

I love the idea of drastically reducing meat consumption worldwide.

…but I’m not vegan either. 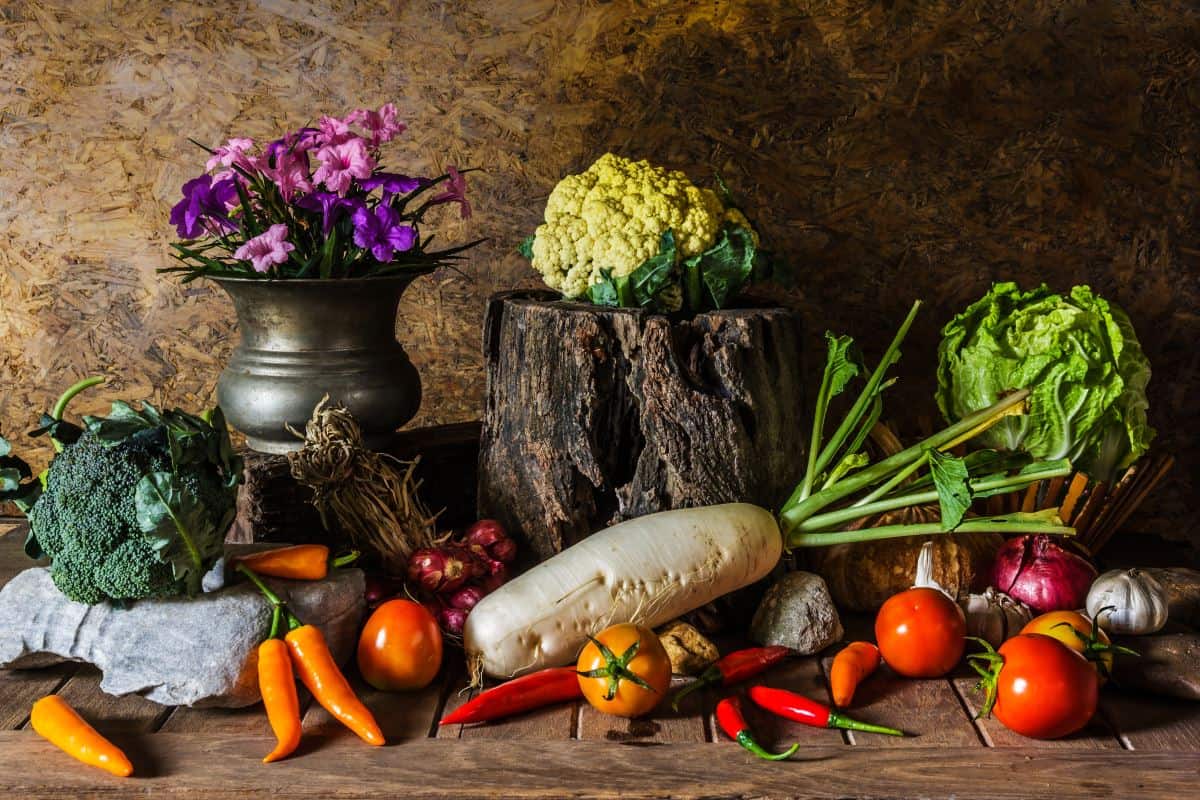 Note: I’m also co-author of a diet program based on increasing carbs and reducing fats (which means reducing meat consumption).

I absolutely believe the message behind this movie and I’m rooting for it to do well.

That being said, the movie is not perfect.

It has received many criticisms, in part because the paleo and keto movements are more popular and trendier than ever.

This movie challenges these diets to a certain extent. 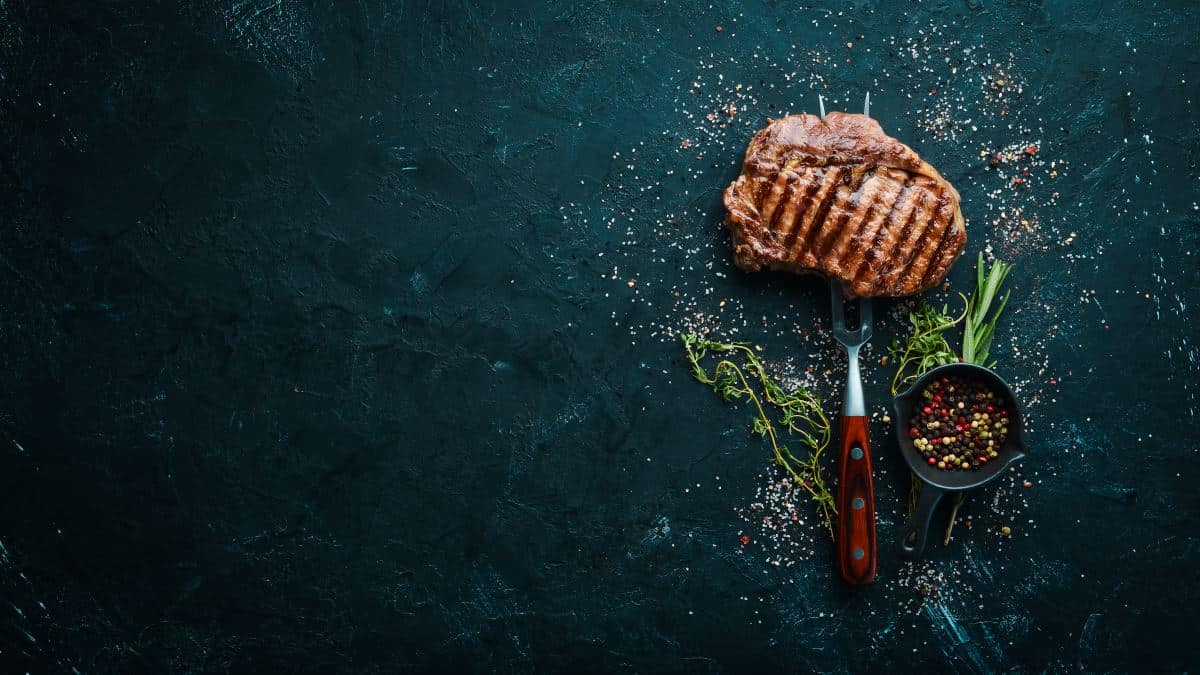 The highest-profile piece of criticism this movie has received is from an article in Men’s Health.

The Men’s Health article was written by Paul Kita.

He has two books that promote a meat-based diet.

One of Paul’s criticisms of the movie was having “controversial sources” of information.

“Except that The Game Changers presents only one side of the facts, often via controversial sources, grand extrapolations from small studies, and statements that are flat-out misleading.”

I disagree with Paul.

This documentary went to some of the world’s leading nutrition researchers and anthropologists… NOT the typical list of VEGAN doctors and authors that have been used in other films.

I do think this is the most credible list of experts out of any nutrition film in recent memory.

Yes, some of these experts are vegan and have a plant-based bias, but impressive nonetheless.

Here’s a video with the producer of The Game Changers, James Wilkes, addressing the critical Men’s Health article.

The most talked-about scene in the movie involves a sexual health experiment with 3 young male athletes from USC.

It addresses erectile dysfunction and diet.

Mild and moderate erectile dysfunction affects approximately 10 percent of men per decade of life. That means about 40% of men at age 40 have erectile disfunction, 50% at age 50, 60% at age 60, etc.

In The Game Changers, author of The Penis Book and expert Urologist Dr. Aaron Spitz, performs the small experiment in the movie. 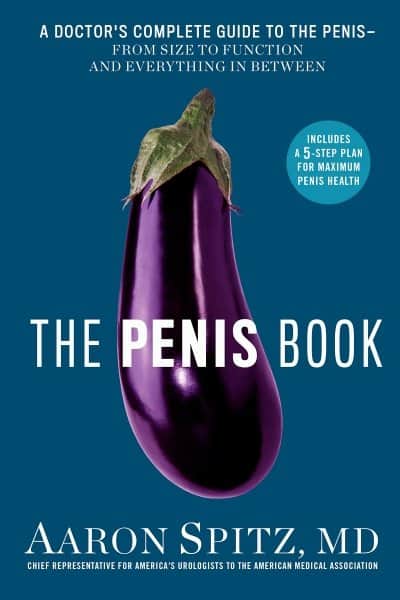 It is actually more of a demonstration of how diet affects erections.

The athletes ate a fatty meat-based meal one night and a whole foods plant-based meal the second night.

They wore a special device on their penises which measured erections throughout the night.

This is a hilarious scene because the guys are cracking up and making funny comments as they see the results. 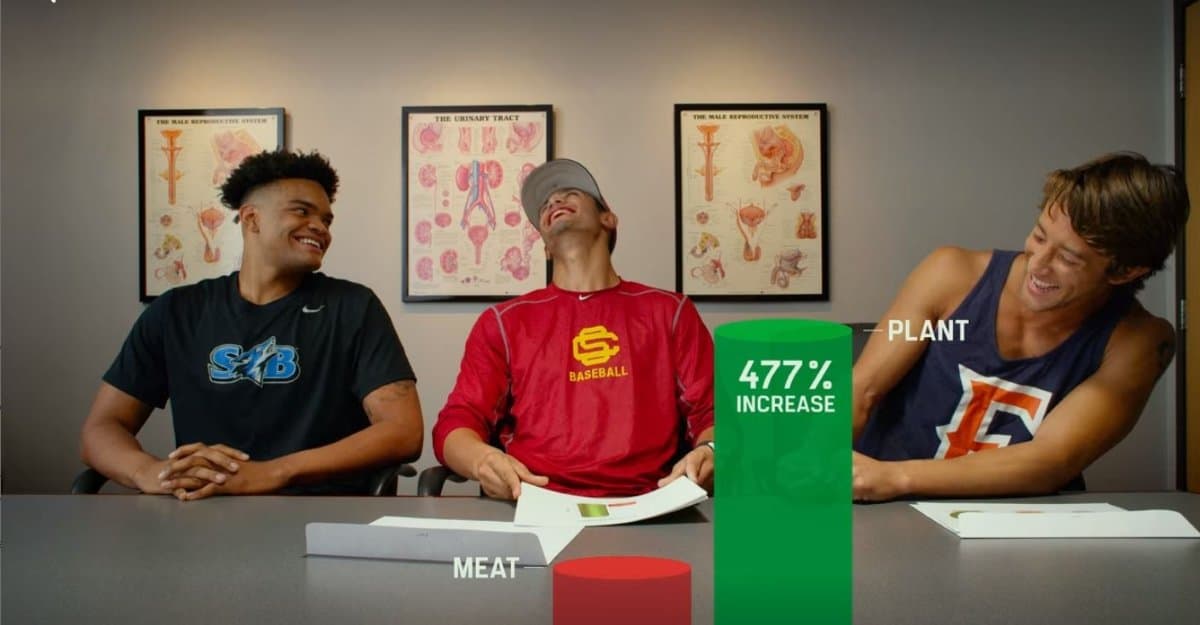 Dr. Aaron Spitz makes sure that we know this wasn’t a true scientific study.

“Now, this is not a scientifically validated study but the results we are seeing are very exciting. I think this is going to wake a lot of people up.”

Erectile dysfunction is a big deal.

It is the first sign of cardiovascular problems for many men.

Increased blood flow to the penis is a sign of good cardiovascular health.

It isn’t just about sexual performance.

On a side note…

It does make me wonder if “salad flirting” will eventually become a thing. 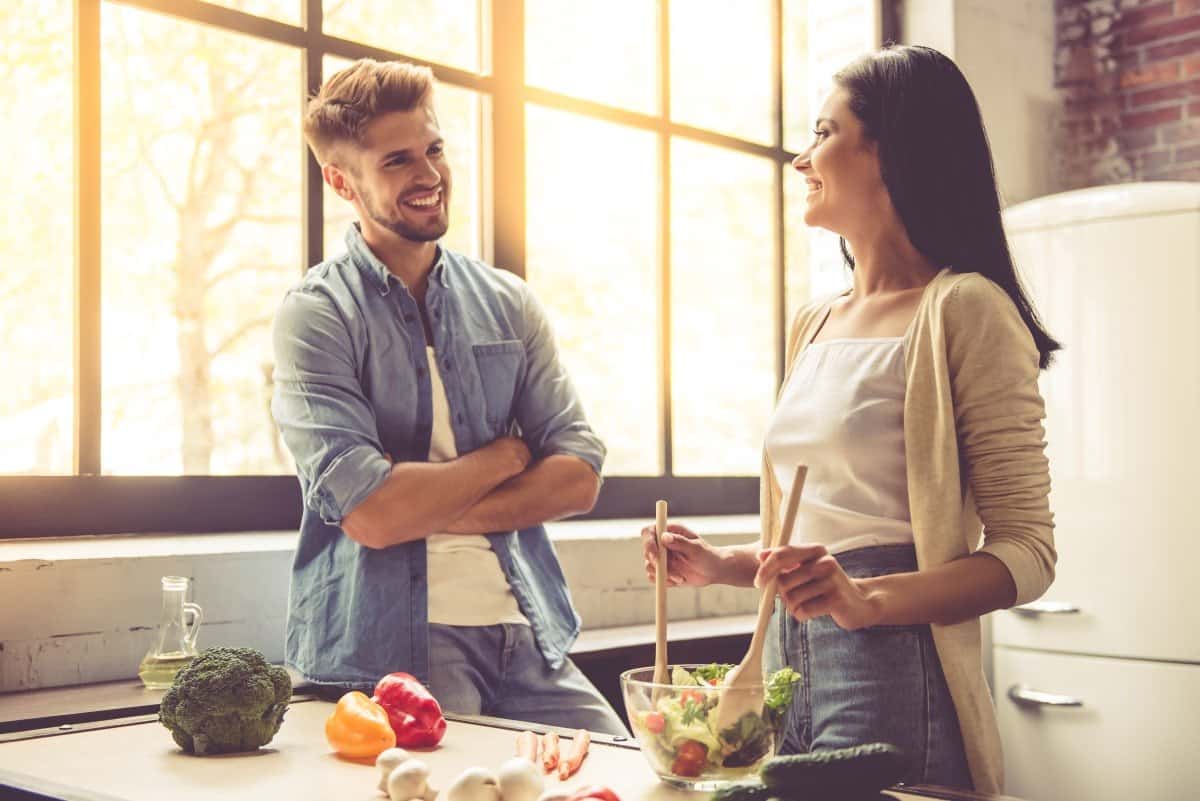 (Amanda wondered if Todd would finally get the clue that she was interested in more than simply being friends.)

I have sooo many inappropriate salad comments I could make about this picture but need to behave.

Back to the movie…

Should you watch The Game Changers?

It is done in an extremely entertaining way and is easily the crispest looking diet film to date.

It stresses more of the performance benefits of eating a plant-based diet -vs- just showing the negatives of eating too much meat. 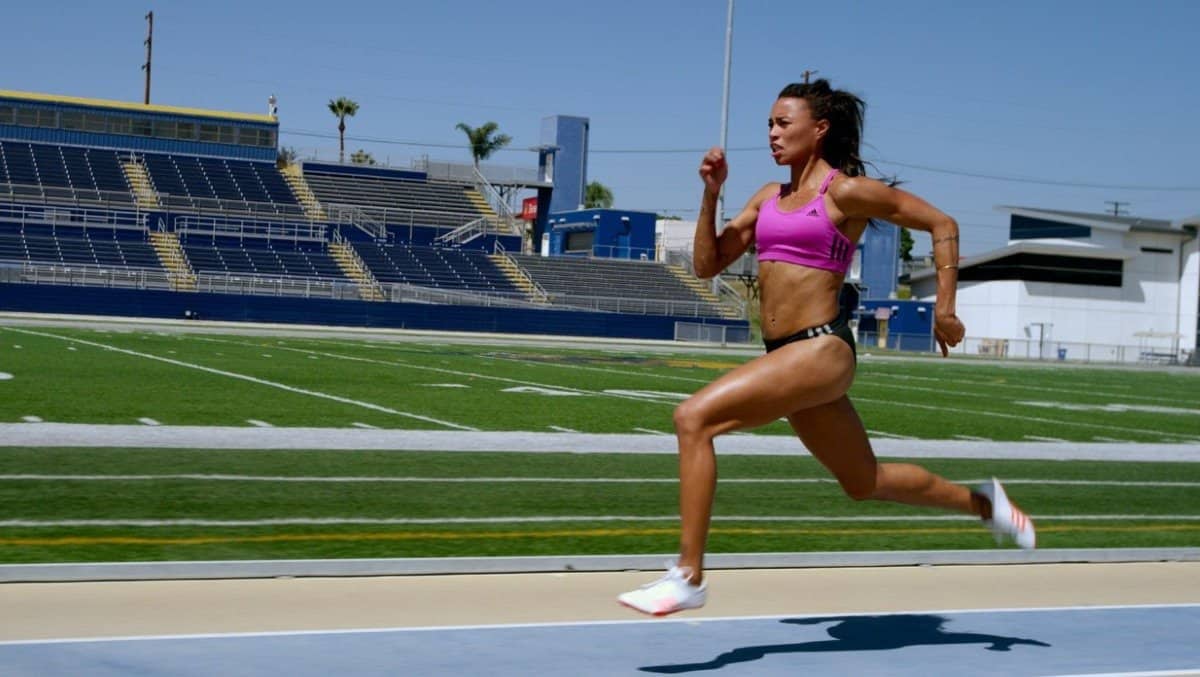 It also doesn’t have any sad footage of animal cruelty or anything like that.

I think most movies endorsing vegan diets are way too hardcore and are a bit depressing.

This movie isn’t a downer or buzzkill.

It has a positive tone.

That being said the hardcore paleo and keto community aren’t going to love this movie.

You can’t please EVERYBODY.

Especially if you don’t increase your salad intake 🙂

Check this movie out on Netflix.