When to Drop Isolation Exercises from Your Workout

Here is a good strategy for people who like isolation exercises, but who also want to get strong in the basic lifts. 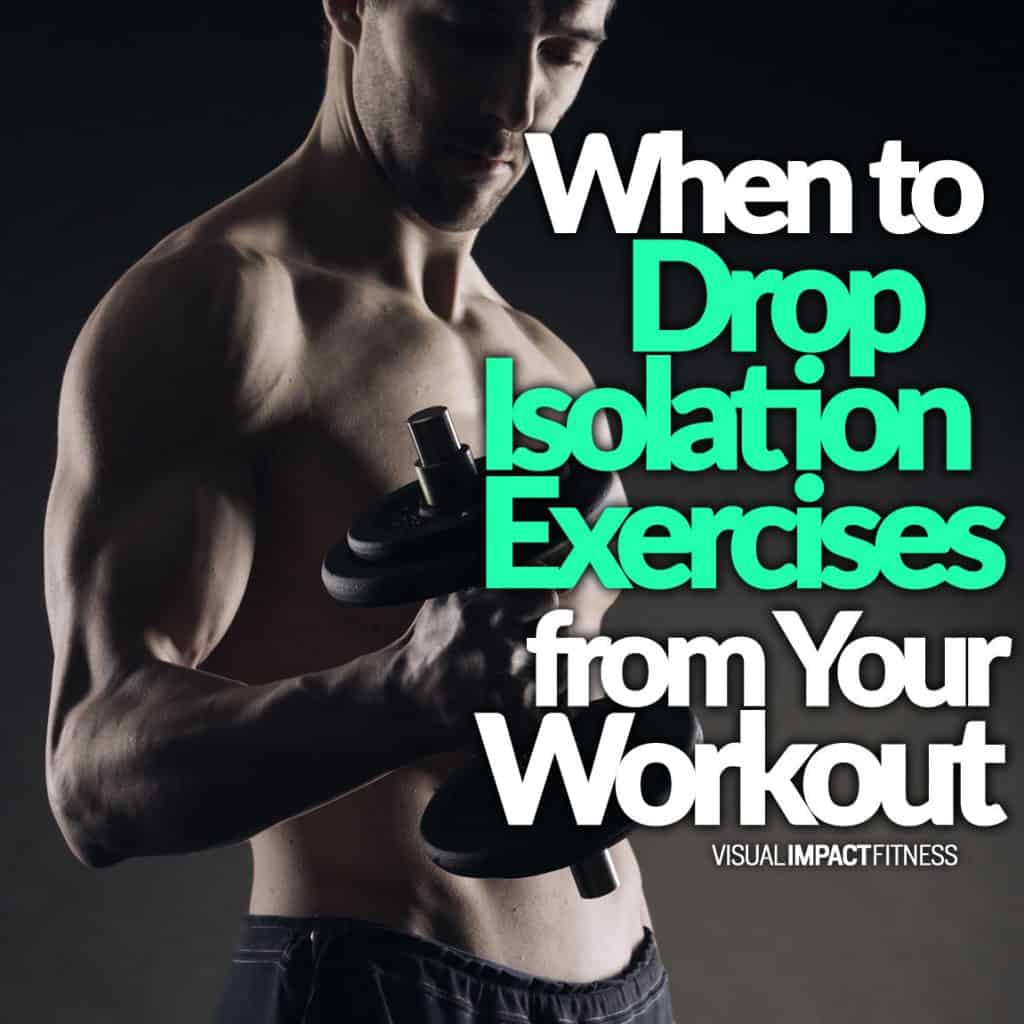 This strategy is to include isolation exercises at the beginning of a strength gaining cycle, but dropping them as soon as you hit a sticking point.

We will talk about why this works so well.

Sticking Points in Strength Are Inevitable, But Can Be Limited

A lot of times people try to get psyched-up before a set and scream and grunt.

What normally happens is that they just use sloppy form and try to throw the weight into position instead of lifting it.

If “trying harder” isn’t effective… then what is the solution?

The problem with too much variety in your routine is that you never allow your body to master a movement.

Think of it this way, if you wanted to perfect your golf swing, you wouldn’t spend half of your time swinging a bat.

The Concept of “Greasing the Groove”

Greasing the groove is training the same movement over and over again. The movement is trained often and never to failure.

The exercise isn’t done to fatigue the muscle it is done to train the nervous system to become extremely efficient in that lift.

Why Building Strength is Much Different Than Building Muscle

To build muscle, the goals is to fatigue the muscle with medium to heavy weights.

Many women don’t want to lift heavy with fear of getting big.

If they lift heavy in a way that fatigues and tears down the muscle, then their fears are justified they probably will put on some mass.

Strength training in the way I recommend will build true muscle tone without tearing down the muscle at all.

This is what allows the muscle to get stronger without building size.

Variety Is Fine When Starting a New Routine

Typically variables should be changed up every 4-5 months to keep things fresh. I think it is great to use a variety of exercises when first starting a new routine.

Since the routine is new, forward progress in strength is inevitable.

Even though you are using a bunch of different movements, you will probably get stronger just because it is a new stimulus.

The compound lifts like bench press, chins, rows, and military press are the lifts that should be monitored closely.

If you get stuck at a certain weight for a week or two, it is time to limit your movements.

If you were doing 3 different exercises for chest, drop one of them. The first thing to drop is any isolation work.

If you were doing bench press, incline press, and flyes for instance, drop the flyes.

Do the Same Amount of Sets Per Muscle Group

Here is where the “greasing the groove” concept comes into play.

Say you were doing 5 sets of 3 different exercises for chest for a total of 15 sets of 5 reps. Even though you are dropping an exercise, I want you to stick to 15 total sets.

So now you are doing 8 sets of one exercise and 7 sets of another.

This is allowing your nervous system to master that exact motion with more sets of each particular movement.

Lets Take it One Step Further…

Let’s say you get to a sticking point again.

You can drop one more exercise, so now you are mastering just one exercise per muscle group.

I know it sounds crazy to do 15 sets of bench, but you will master this lift and milk that exercise for another 10-20+ pounds.

The key is to not go near failure and do low reps with ample rest in between sets.

I Learned This Technique from A Former Navy Seal

About 5 years ago, a guy about my size asked me for a spot.

Judging by his gray hair, he must have been in his early to mid 40’s. I walked over to the bench to give him a spot and saw 315 pounds on the bar.

I spotted him about 10 more times, but never had to touch the bar 5 easy reps every time.

I asked him how he was so strong and he explained to me the technique of dropping an exercise as he reached sticking points.

That day he was just working chest and back.

All he did was 15 sets of bench and 12 sets of weighted chinups. He was using the concept of greasing the groove and it worked well for him.

His arms weren’t huge, but looked like they were cut out of stone.

To this day I don’t think I’ve seen such dense muscles.

Note: If you are at a sticking point, consider giving this technique a try. Focus on less lifts over time as you progress through your routine.