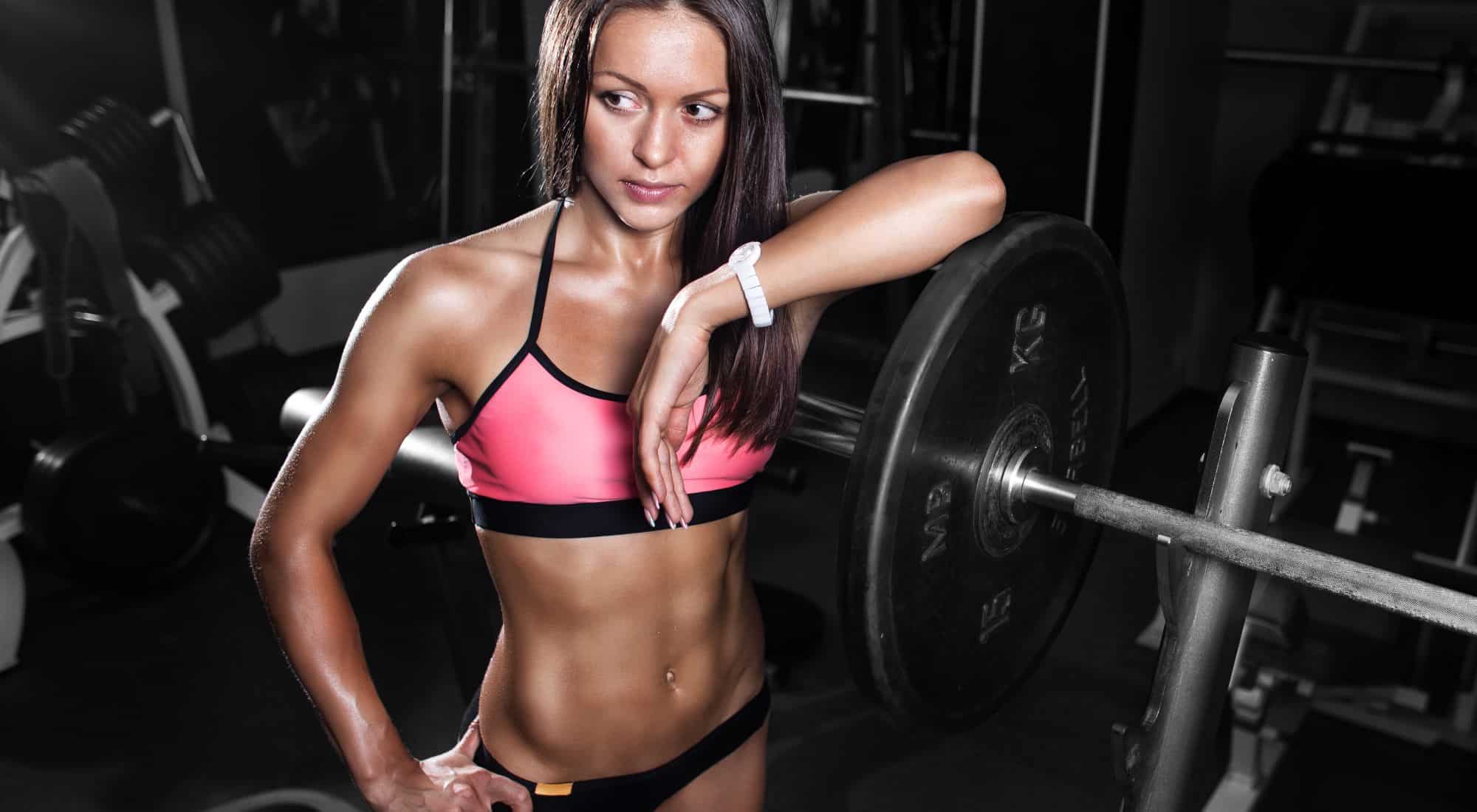 Back in 1989, the same year Taylor Swift was born, I trained in a gym at the University of Washington called the IMA.

The IMA was a free gym that all students at UW had access to. The free weight area was extremely small for a college of 40,000+ students.

One of the regulars in the gym was a guy we all called “Mongo”.

Mongo was a smelly guy with a scraggly black mullet. It was odd that this guy even got accepted to UW. His stench was so strong that a guy in our gym finally asked him what the deal was.

Smelling like a bike seat used in a nude parade wasn’t his only quirk.

One of the big things Mongo was obsessed with, was what he called “lifting for the illusion”. 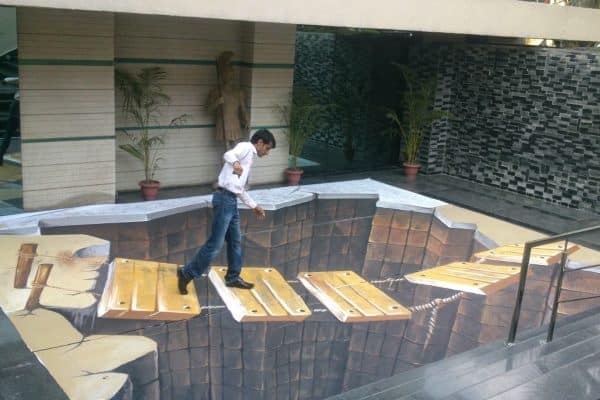 His goal was to stay the same size, while becoming as strong as possible.

“It’s all about the illusion man. Guys will try to pick fights with me, but then the illusion kicks in and I have crazy strength for my size. Then it is game over for them!”

Looking back, Mongo was ahead of the times.

Not when it came to hygiene or getting along with people.

…but he was on to something.

Back in the late 80’s, lifting was about as getting as big as possible. Arnold got things started with Conan, Terminator, Predator, etc.

For a few years I’d say bodybuilding contest like the Olympia even went mainstream.

So although Mongo smelled like a dirty diaper stuck to a chimpanzee’s armpit, he was ahead of his time.

The same year that Fight Club came out.

“With your feet on the air and your head on the ground. Try this trick and spin it, yeah. Your head’ll collapse! If there’s nothing in it, and then you’ll ask yourself…Where is my mind?” – The Pixies

In my opinion the top 3 movies of all-time are Empire Strikes Back, The Matrix, and Fight Club.

They are all so over-the-top good that I can’t really pick an order…it’s a 3 way tie for first.

Fight Club presented Brad Pitt as a ripped guy on the smaller side.

What was cool about this was he didn’t have that “slightly dorky” image that bodybuilding-obsessed guys give off.

He was ultra-fit…and stylin’ at the same time.

I’ve been writing about this concept for close to 10 years, so I’ll come up with a slightly new way of getting the point across.

Here’s a statement that might help some people visualize this…

Rockstars are MUCH cooler than athletes. 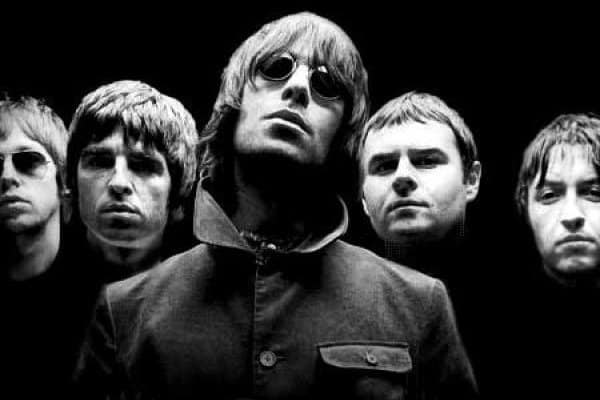 Yeah I know that this is a bold statement.

…but seriously, you know it is the truth!

If you doubt this, just Google “Rob Gronkowski Dancing”.

Incredible football player, but the dork is strong in this one!

There is something off when a person reaches an unnatural size.

You either get this concept or you don’t.

I can’t save every guy and girl from the black hole of gym dorkiness.

Some people will ignore my warning and bad things will happen!

I’m not sure why excess mass causes the behavior above.

I don’t want to just pick on massive guys.

Smaller guys with decent muscle definition dork out quite a bit too.

—>To the guys who only wear tight V-Necks or Henleys:

If you are a guy who trains hard, but only wears v neck t-shirts or tight short sleeve henleys I’m talking to you.

It’s tempting to want to only wear clothing that shows off your physique. I fell into this trap when I first started gaining size.

…but it gives off a corny vibe if that is all that you wear.

This concept is similar to young women who wind up wearing the exact same type of skimpy skin-tight dress to clubs in Las Vegas. It lacks style and gets bland after a while.

Women who dress in less skimpy clothing stand out in a good way. 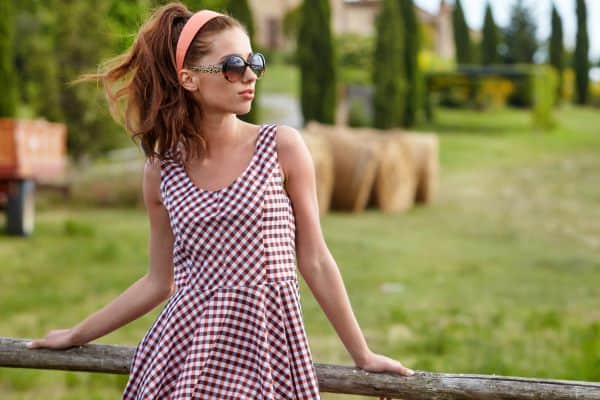 I just want to encourage all the sexy chickas to be classy as well!

I haven’t met many women who want to add a bunch of mass.

Most women want to become stronger and firm up problem areas…without having to go up a couple of jean sizes.

Note: If you are a woman who does want to add 30 pounds of mass, this post isn’t for you.

Women can get bulky through improper weight training!

This will be a common theme on my blog. Most trainers in the fitness industry claim that women can’t add a ton of muscle because they don’t have the hormone levels for it.

I realize that most women won’t turn into Conan when they lift weights.

…but if lifting the traditional way makes their legs bigger than they would like, then they are adding more muscle than they desire.

If it is more mass then what they want…it is too much.

In part 3, I will lay down some guidelines so you can create a routine that increases strength, density and definition…without increasing the size of a muscle. 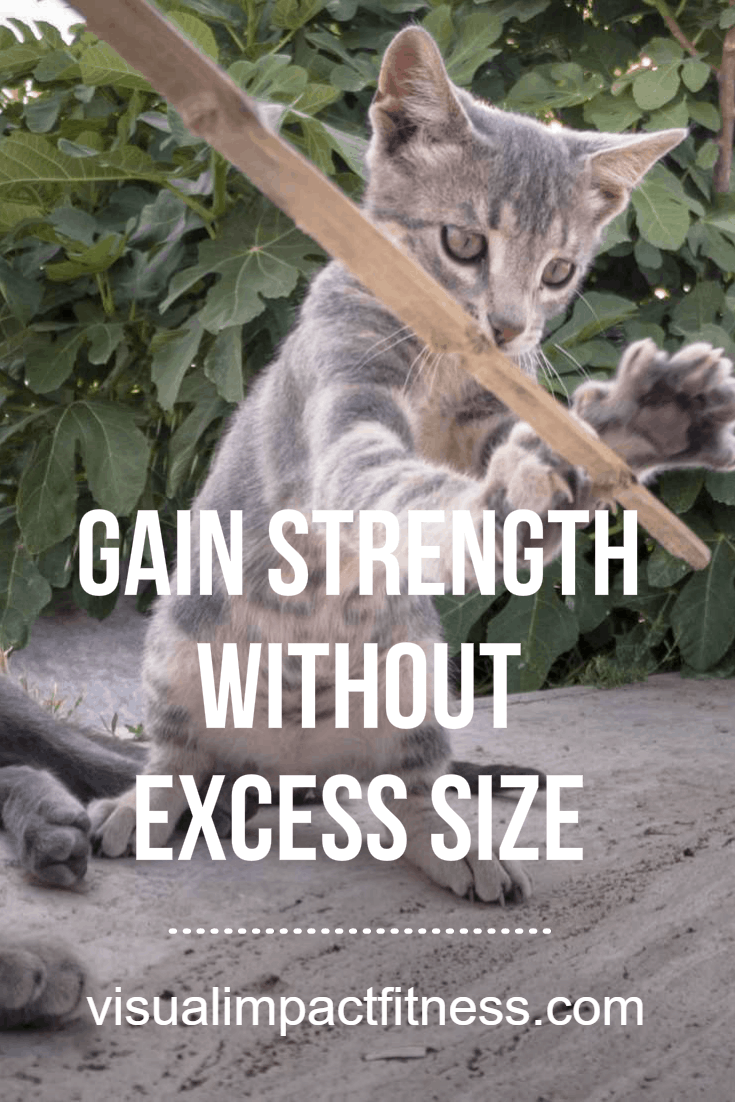