The Best Muscle Tone Tips from the Former Soviet Union

Anybody over the age of 45 years old probably has a strong memory of The Cold War. 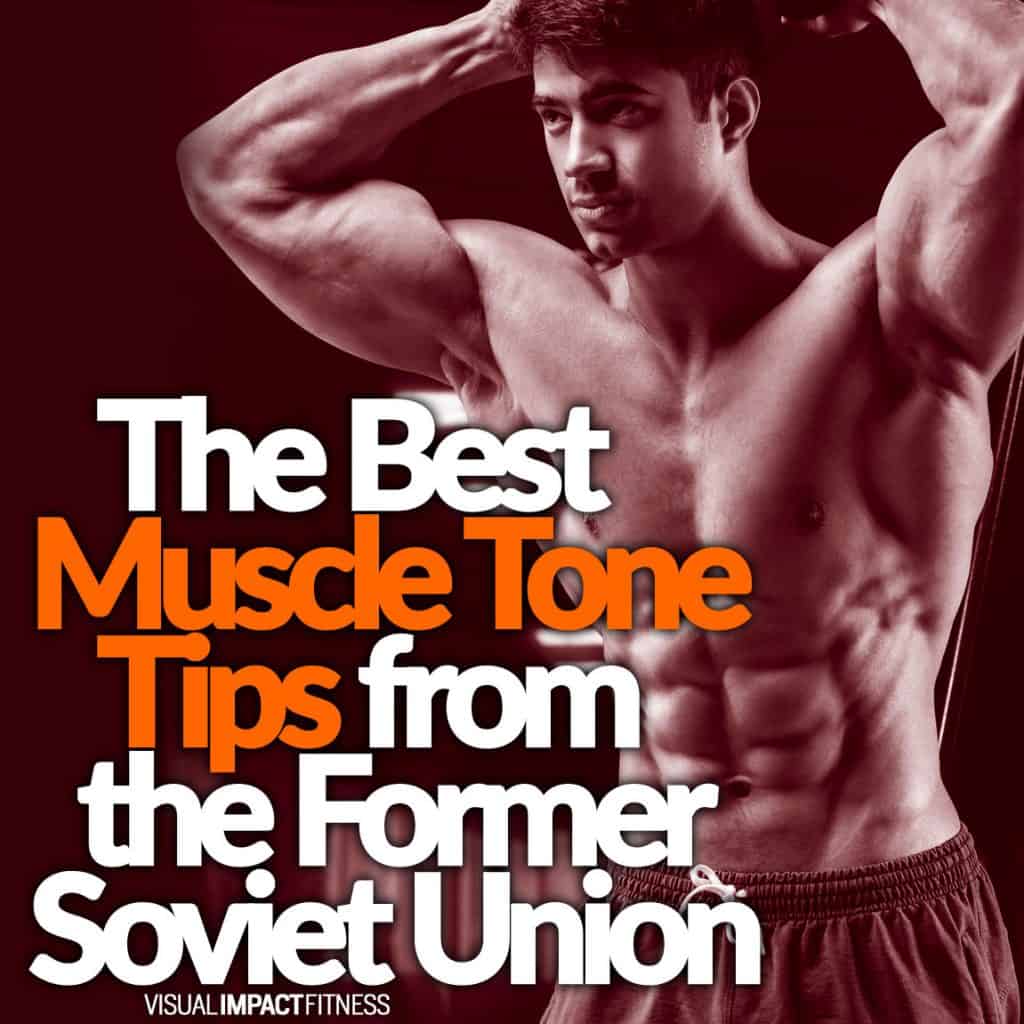 The Cold War was the period of time from the end of World War II to late 1991.

It began with the USSR influencing other countries to form communist ideologies after World War II ended and the US and great Britain opposed this.

The last part of The Cold War (the part I remember), was the fear of an impending nuclear war between the USSR and the United States.

There are tons of parts I’m missing. I didn’t want to give a full history lesson.

The USSR Dominated the Olympics For Years

One strong memory I had growing up in the 70’s and 80’s was just how amazing the athletes of the USSR were.

The USSR competed in a total of 9 summer Olympics and were 1st for medal count in 7 of these.

They also had the same results for the winter Olympics…1st place in medal count 7 out of 9 times.

In 1992, twelve of the fifteen former Soviet Republics competed together as the Unified Team in the Barcelona Games, where they finished first in the medal rankings.

The USSR Had A Viscous Military as Well

Much like the athletes, the military of the Soviet Union was top notch as well.

There are accounts of these guys doing amazing physical drills and getting in incredible physical shape.

What is surprising about both the Olympic Athletes as well as the Military is how “low tech” the training facilities appeared compared to their American counterparts.

The Soviets spent less time on constructing good looking facilities and more time on the understanding of how the body responds to exercise.

In 1999, Pavel Tsatsouline writes and publishes the book Power to the People.

This in my opinion is the greatest explanation of how a muscle gets toned, how strength is gained, and how size is gained.

I give this book my highest recommendation.

I LOVE the fact that this was written by a master trainer from the former Soviet Union. Maybe it is just my memories from being little and getting chills when I saw the athletes with the red uniforms with the yellow “hammer and sickle”.

Pavel is really humorous in this book in a kind of a “warped” way. He jokingly calls himself “The Evil Russian”.

He goes into a lot of detail about how too much muscle just slows you down and makes you a terrible soldier, etc.

He pokes fun at bodybuilders in a nice way, and does have a chapter on gaining muscle mass… although he doesn’t recommend it.

If you haven’t read Power to the People, you don’t have a full understanding of muscle tone, period!

I get people who argue with me on this point all the time.

They say that muscle tone is just simply a result of having a decent amount of muscle and a low body fat percentage.

I used to think the same way.

In fact almost every person in the fitness industry thinks this way.

Sorry, Pavel has a better understanding of muscle tone and explains it in tremendous detail.

I’ll take Pavel’s side on this issue because it all makes complete sense when you read his book.

It isn’t that we have been wrong about muscle tone all this time, but we haven’t seen the entire picture.

Before I read Power to the People, I believed that to get really toned I would need to gain a certain amount of muscle mass and then get to a low body fat percentage.

Here is the mistake… this is how you display the muscle tone you have.

It is true that you do need to get to a low enough body fat level to “display” your muscle tone, but there is actually a way to increase that muscle tone you are displaying.

The “Other Half” of the Muscle Tone Equation

How does someone gain strength without size?

They learn to recruit more muscle fibers when they lift.

A weak and untrained person typically has an inefficient nervous system.

When they lift they can only recruit a small percentage of their muscle fibers.

If you gain strength without adding size you are training your nervous system to fire harder during that lift and recruit a higher percentage of the fibers within a muscle.

Sorry to Take the Side of the Soviets on This One!

Pavel devotes over a 1/3 of his book to gaining muscle tone through low reps and how to gain strength without size.

I can’t do it justice in a short post. I just wanted to give credit where credit is due.

Seven years ago Pavel changed the way I view exercising for muscle tone. I am glad he is on our side and taught us some former Soviet philosophies!

Note: Pavel makes fun of bodybuilders in his book, but to be fair he also clowns a bit on guys who just want to look like “Calvin Klein Models” as he puts it. His workouts use just really basic lifts and are more directed towards function VS form.

I focus more on looks and then function, so I recommend a lot of cardio and a larger variety of exercises. 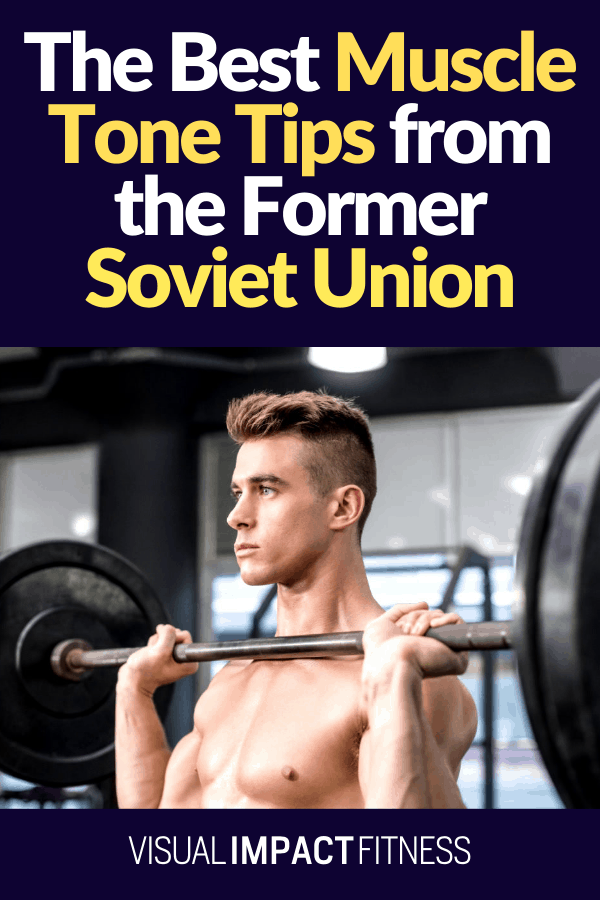