Should You Worry About Weak Muscle Groups

I didn’t really know what to title this post because the topic I’m going to talk about is hard to nail down in a few words. 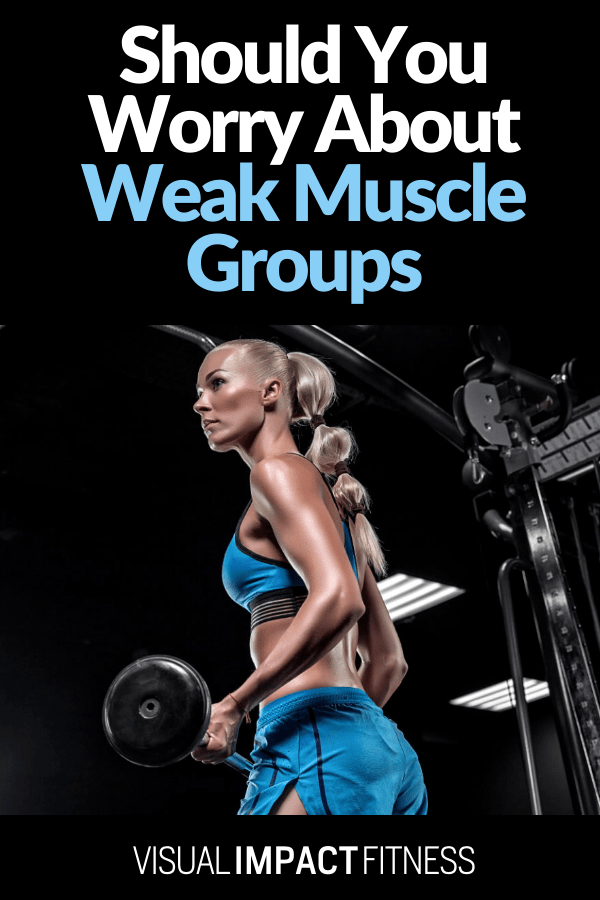 What is funny is that this is quite possibly the most common mistake I see in gyms I visit.

It is the phenomenon of having a lagging muscle group and taking advice from a person who has amazing development in this area.

You would think that this would be a good idea. I’ll explain the problems this creates, but first a video of my favorite trance song of all time.

Taking Advice from Someone With Big Calves

When I was younger I really wanted to have huge calves. Not sure why, but it was my goal at the time.

Around the same time, I met a guy at the gym named Tony.

Tony had amazing definition and great size in his calves. It was his best body part.

I figured I would ask Tony what his routine was and copy it. The problem was that this was Tony’s best body part.

Heck, walking to the gym was probably enough work to keep his calves in amazing shape.

I didn’t really realize this until later since I wanted to know his “secret” to building big calves. If you look around the gym you will see examples of this.

The guys who bench tons typically can’t do a bunch of chin-ups. The women with great arms sometimes have a flabby butt, etc.

Everyone has weak points.

Then I Met the “Natural Born Bench Presser”

Another thing I struggled with when I first started lifting was bench press strength.

It seemed to be a big deal at the time I remember the common question back in the late 80’s was, “how much do you bench?”.

After 2 years of working out, I could only bench 205 pounds.

I was quite strong in almost every other lift, but I couldn’t get 225 pounds up to save my life!

Here is where it became a bummer one of my friend’s younger brothers wanted someone to show him a workout routine.

He had never worked out a day in his life and I was going to be his summer workout partner.

The best looking physiques typically have muscles that blend together nicely. This is the aim, instead of getting every muscle as big as possible.

I always talk about how “mindlessly gaining muscle” isn’t the best route.

Remember Tony, the guy with the big calves? He worked his calves like crazy since it was his strongest group.

If I was giving him advice today, I would have told him to avoid all direct work until the rest of his body “caught up”.

People Who Are Trying to Get Huge, Typically Have The Largest Imbalances

A lot of the guys and girls in the bodybuilding community are the ones with the biggest muscle imbalances.

This is just another reason to avoid putting on all that excessive muscle in the first place.

Slim and functionally fit people don’t have as much of a problem with this. If you have ever seen an elite military unit, they typically have balanced physiques.

Obviously, I’m a bit biased here, since I think slim and functionally fit is the way to go.

Taking Advice from People With a Strong Muscle Group

The Natural Born Bench Presser I previously mentioned was benching 405+ for reps after his second year of training.

I am not sure he would be the one to give the best advice on how to increase bench press strength. It came so naturally to him that he just benched and got stronger quickly.

It would be like asking Kobe Bryant his vertical leap routine.

There is a pretty good chance Kobe could “jump out of the gym” without any type of training.

Solid Principles Are Usually Better Than “Copying” a Routine

Educate yourself on what creates muscle definition, muscle strength, and muscle mass (if that is what you are into). It never pays to copy a routine.

Notice how I rarely list specific routines? I talk about principles because it is the understanding of how the body works that will allow you to look your best.

Note: Your body over time will balance out. If you are new to working out, just have patience. It could take a few years, but I hope all of you are committing to keeping fit for a lifetime.