Here’s Why You Should Include Push-ups in Your Workout

People who have trained in the gym for years often look at something like the simple push up as a beginner’s exercise. 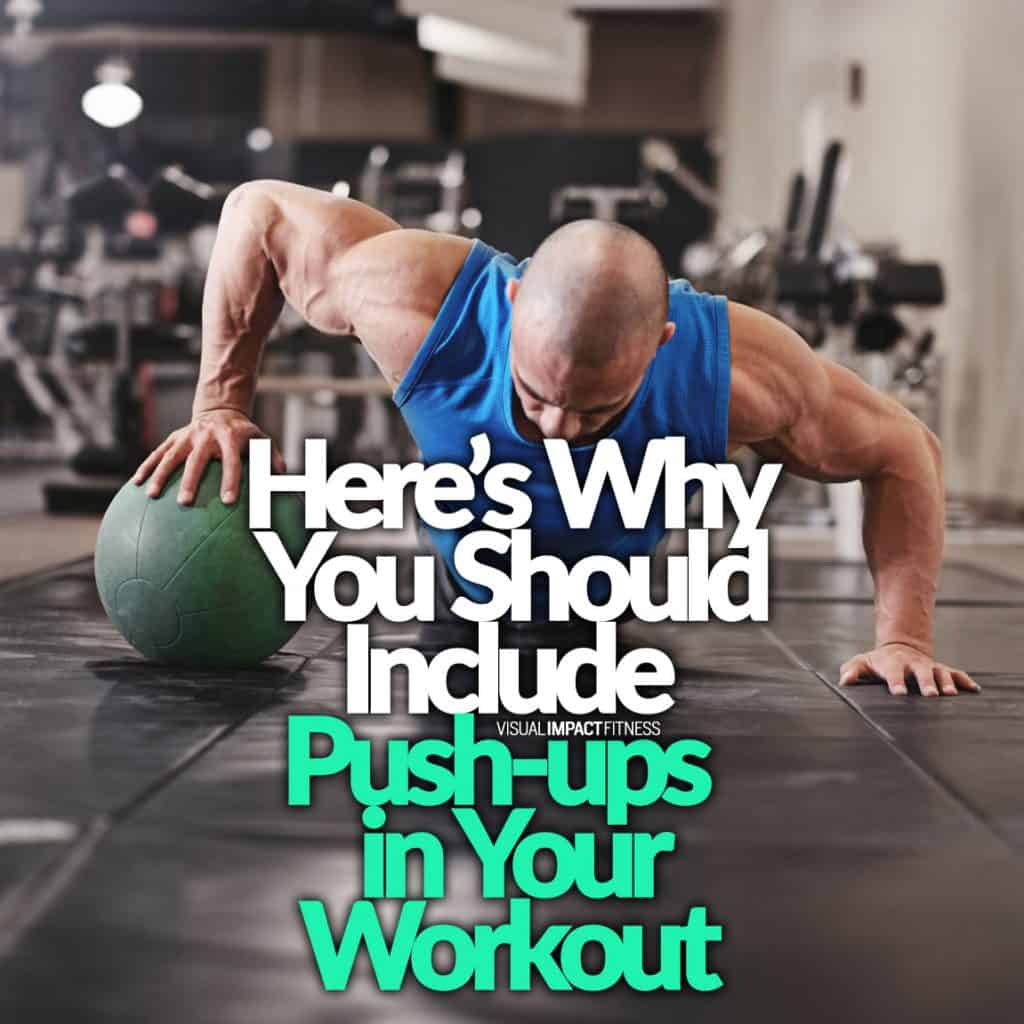 I mean, why would they want to perform push ups when they can get a “real” chest workout with heavy sets of bench presses.

This is a big mistake, and one that I have been guilty of.

It is easy to look at the simple push up as working the exact same muscles as the bench press, but with less resistance.

I would like to talk about why you should include the push up in your routine, even if you are someone who trains with free weights.

Ever see a guy who benches too much and his shoulders are pulled forward? Or a guy with large pecs and bad back development?

Well, push-ups can work the upper back in ways that a benching cannot.

The scapula is allowed to go through a full range of motion with push ups, but is constricted in all forms of bench pressing.

When the scapula goes through its full range of motion with push ups, it fills in the area in between the shoulder blades (upper and lower trap thickness).

It also develops the serratus muscle, which frame the lower chest and abs to a certain extent.

The Most Important Part of the Push Up

I had no idea that the very top of the push up was the most important part. The scapula won’t fully contract until the elbows are all the way locked out.

What you need to do is push to lockout and then make sure your upper back isn’t sagging down at the top.

Here is a video of Zach Dechant showing proper form.

[So the lockout is important. Notice how his upper back isn’t sagging downward. You want to continue to push shoulders towards the floor even at the top of the movement.]

So I knew that push ups worked the abs in a way that is similar to planks.

Here is what I didn’t know.

According to Jeffrey McBride, push ups work the obliques better than side bridges.

So not only do push ups work the serratus muscles, they work the obliques extremely well. These are the muscle groups which “frame” your abs.

…well push ups will also work your “throwing muscles” much better than the bench press. This works for any sports that involve throwing…football, baseball, softball, etc.

How to Make the Push Up More Challenging

Obviously, one way to make the push up quite a bit more challenging is to do them with one arm.

I have a whole post dedicated on mastering the one arm push up, but these work the muscles in a different manner than using two arms.

Here are some videos demonstrating a few ways to make the two-arm push up more challenging.

[Stack two Olympic plates. Start with one hand on the floor, perform a push up and then walk across the plates and perform another push up. Extend all the way to the top before walking across the plates. Beginner start with 5 reps and will work up to 10+ per side. This exercise really works the scapular area (around the shoulder blades).]

[Criss-Cross chains on your back and perform regular push ups. You can use longer chains where a lot of the weight is on the floor at the bottom. There will be an increasing amount of resistance as you get closer to the top, as more chain links will get pulled off of the floor. The greatest resistance will be at the top of the movement. This strength transfers well if you want to increase your numbers in the bench and military press.]

[Zach believes these to be the best serratus exercise by far. These are to be done for high reps. The reason you want a band to assist is that you are aiming to do most of your pushing towards the top of the movement. When you simply do explosive push ups, most of your effort it at the beginning of the movement. When done properly, Zach claims your serratus will be worked so intensely that it will feel like you have broken ribs the next day. Obviously, he doesn’t mean that literally, but you get the point.]

[This one is the better for mid-back and shoulders than any of the other push up variations, because you have to continually spread the band. I haven’t done these yet, but they look awesome. You put a light ankle band around the wrists, take 3 lateral steps and perform 1 push up. Take 3 more lateral steps and perform another push up. Begin by aiming to get 5 push ups per side for a total of 10. I can see how this would quickly make your entire upper body thicker due to working both your chest, delts and mid back so well, all in the same exercise.]

So Include Push Ups for Full Upper Body Development

Again, this is yet another example of how body weight movements work a larger group of muscles than similar free weight lifts.

I still plan on lifting with free weights due to the fact that you can overload specific muscle groups, but will supplement them with more body weight movements.

Also, those of you doing TACFIT or other body weight routines are probably getting a much more complete workout than it would first appear.