How Long Does it Take to Get a Six Pack?

This is How to Get Six Pack Abs, Young Grasshopper! They don’t make butt kickin’ TV shows like Kung Fu anymore. 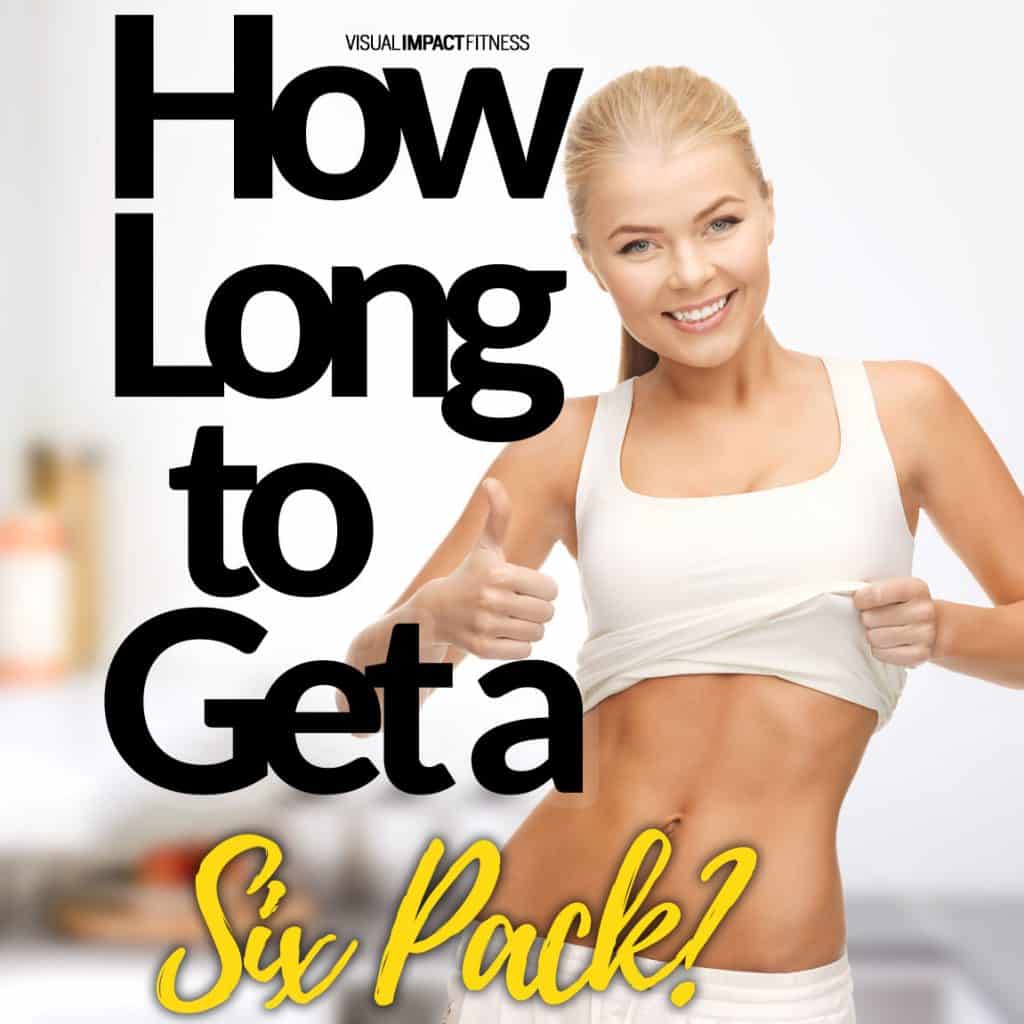 The cool thing about growing up in the 70’s and 80’s was that everyone watched the same TV shows.

I grew up with two sisters and we made TV show deals. They would let me watch old episodes of “Batman”, “Kung Fu” and “Planet of the Apes” movies, if they could watch “Little House on the Prairie” and “Donnie and Marie” (brutal).

My dad liked to watch “Lawrence Welk” (even more brutal).

This post really isn’t about TV, “it is about patience in getting six pack abs, young Grasshopper!”

“Can You Tell Me How to Get Six Pack Abs?”

So this might be the #1 question I read in the comment sections of fitness blogs. It is a great goal, but it is such a broad question that it makes it tough for someone to answer properly. It is about as broad of a question as “How do I get to California?”.

Off the top of my head, I can think of a dozen or so modes of transportation to get to California as well as a few dozen routes.

You might be really close to reaching California…or you could be a world away and it could take much longer.

Getting six pack abs is a lot like going to California, given enough time doing the right things you will get six pack abs.

Just like if you traveled in the right direction to California you will get there eventually.

There is a Time Element to Getting Great Six Pack Abs

If you are eating right, losing body fat, and training properly, you will be able to get sharp six pack abs.

The key here is that you have to put in enough time doing the proper ab workout routine.

Some people naturally have great six pack abs (they already live in California) or they get them after 3-4 months of training (they live in Oregon or possibly Nevada).

Maybe you live in Bulgaria and your workout partner lives in Montana (figuratively) with the same workout and diet plan, he will get six pack abs much sooner than you.

So let’s say you do make it to California (get six pack abs), but they are just barely visible.

This is like winding up in Redding, California when you really wanted to go to San Diego. They are both in California, but San Diego is nicer by a mile (in my humble opinion).

Anyway, sometimes you have to stay in Redding for a few years before you work your way to San Diego. Possibly you only hang out in Redding for a while and get to go to San Jose, which is still not as nice as San Diego but close enough to cool places like San Francisco or Santa Cruz.

It is unrealistic and probably unnecessary to be obsessed with having crazy sharp 6 pack abs all of the time.

What you see in magazines is largely the effect of losing water and proper lighting. Your abs will look twice as sharp when you are in a dim room with a bright light shining directly above you.

The guys shooting photos for the fitness magazines use everything in their favor. I have seen those same people outside of that environment and they have visible definition but nothing like what the photos display.

Honestly, my advice is to just reduce your body fat without being obsessed. Once you get your body fat low enough you won’t have a layer of blubber covering your abs.

This is a great starting point. Then simply put the time in the gym and your abs will gradually improve.

Once you get decent abs, they will much look better on some days than others.

If you aren’t holding water and the light is beneficial, your abs will look outstanding. On other days you will have just a hint of definition.

Answer: Keep doing the right things consistently. It is tough for me to answer when you will reach the level of definition in your abs that you are after.

I can tell you what to do, I just can’t tell you how long it will take.

For some it will happen quickly and other people will take much longer to reach the same level.

I simply don’t know when you will be able to take the pebble from my hand…Grasshopper. That is up to you!