How to Increase Your Youthful Growth Hormone Naturally

Increasing natural Human Growth Hormone (HGH) levels in your body is a major key in staying lean year round. 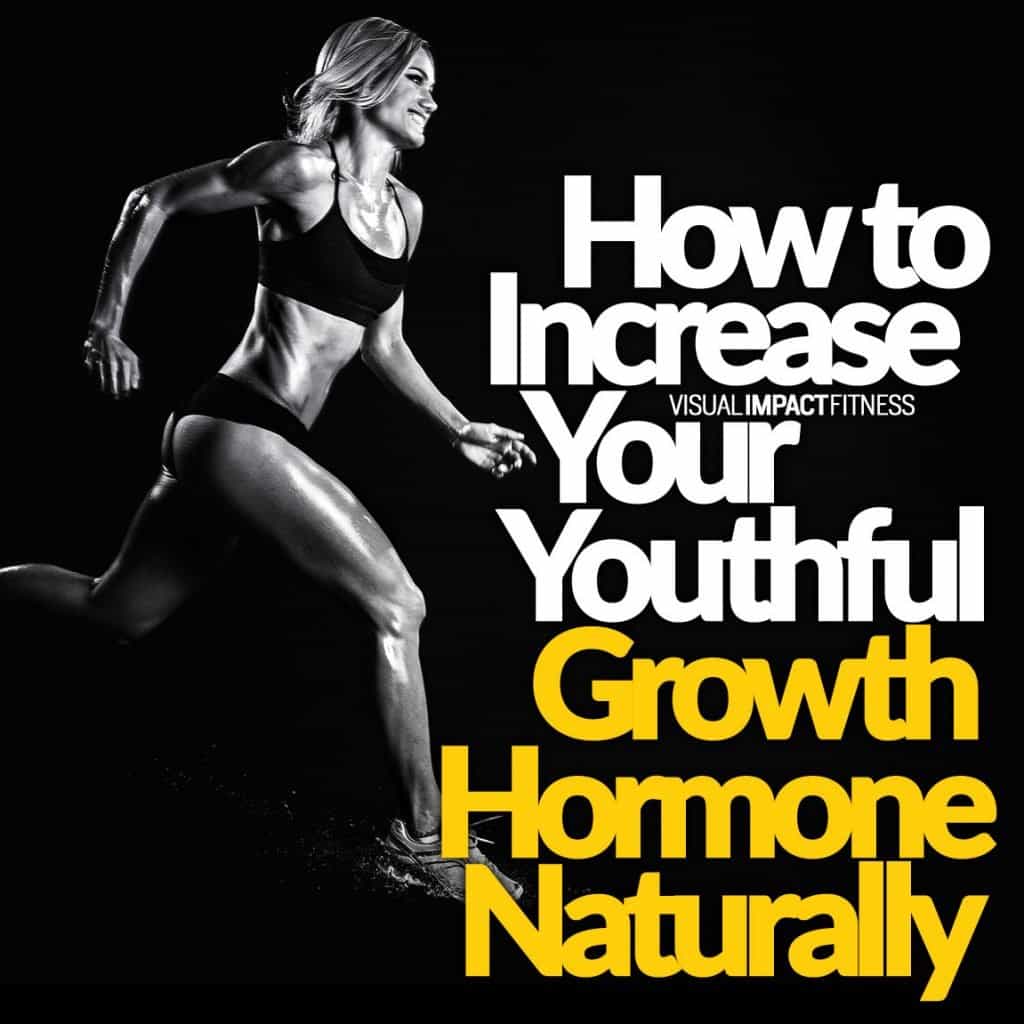 It is also a plays a big role in preserving muscle mass when losing those last few pounds of body fat.

I’m convinced that anyone can lose weight up to a certain point, but it is that last little bit of fat that takes skill.

Another great skill to master is to keep your insulin levels stable, but that is a topic for another post.

You Asked for Scientific Studies and I Found Them

I am a big skeptic most of the time. The whole HGH thing does seem a little “out there”.

Unlike lifting a weight and getting stronger the following session… Human Growth Hormone is something that you really can’t measure (well unless you want to get involved with blood tests… no thanks).

If I can’t physically see something, I do like to see proof.

I don’t need scientific studies for every last detail of my workout, but something major like HGH release, I like to read the available studies.

“Thanks” to All of Those Who Weren’t Scared to Give Blood!

Before I get started, I wanted to personally thank the members of these studies. I hate needles!

I’m just not a big fan of getting poked and giving blood. I am sure that I would have turned so pale I would quickly get disqualified.

So “thank you” to the people out there who are better with needles than I am!

These scientists have completed several studies on exercise and HGH. This paper was a summary of much of their findings.

Here are the key points in the summary. Note: EIGR stands for Exercise Induced Growth Hormone Response, basically the HGH that gets released due to exercise.

“The EIGR to endurance exercise is associated with the intensity, duration, frequency and mode of endurance exercise. A number of studies have suggested an intensity ‘threshold’ exists for EIGR. An exercise intensity above lactate threshold and for a minimum of 10 minutes appears to elicit the greatest stimulus to the secretion of hGH. Exercise training above the lactate threshold may amplify the pulsatile release of hGH at rest, increasing 24-hour hGH secretion.”

“Ageing is often associated with a progressive decrease in the volume and, especially, the intensity of exercise. A growing body of evidence suggests that higher intensity exercise is effective in eliciting beneficial health, well-being and training outcomes. In a great many cases, the impact of some of the deleterious effects of ageing could be reduced if exercise focused on promoting the EIGR.”

My Comments: The paper also states that intense anaerobic work raises EIGR as well. So this would apply to lifting as well as body weight exercises if they were intense enough.

So this scientific paper explains that you have to get above the lactate threshold to maximize HGH release with exercise, ideally for at least 10 minutes.

Does that mean working out hard for 10 minutes straight? Not exactly!

Sometimes studies will slightly contradict each other and you have to take into consideration both findings.

The Time Course of the Human Growth Hormone Response to a 6 s and a 30 s Cycle Ergometer Sprint
Dept. of Physical Education, Loughborough University, UK: 2002

So Why Don’t We Do Just One 30 Second Sprint?

Well, another study has shown that repeated short intervals can further increase the release of HGH…but it a case of the law-of-diminishing-returns.

The second sprint produces less of an HGH response compared to the first, the third less than the second, etc.

A common interval routine for fat loss is doing 8 total sprints. You probably don’t need much more if HGH increase is you goal.

Another Reason for Doing Multiple Sprints

We also want to burn calories and take advantage of the fat loss window that HGH creates.

HGH helps release the fatty acids from your fat cells into the blood stream.

Sprinting followed by a bit of walking is a good way to release the fat and then use that fat for fuel.

In some ways doing intervals is like doing an anaerobic and aerobic workout at the same time.

I also recommend that you follow intervals up with steady state cardio occasionally. Low intensity cardio will help you use up more of the fatty acids that the interval workout has released.

This study showed that short term fasting could produce 5 times the HGH production in 24 hours compared to eating a typical diet.

What the body actually winds up doing is doubling the amount of HGH bursts in that same 24 hour period.

“This enhanced GH production rate was accounted for by 2-fold increases in the number of GH secretory bursts per 24 h.”

My Comments: No need to fast for 2 days straight, that is pushing it. I fast twice per week for 24 hours and it works extremely well. There is a reason that the body produces HGH while fasting…it releases stored body fat for energy, since you don’t have “food energy”… HGH also preserves muscle mass even during this period of time without food.

This study proves that you aren’t going to lose muscle all of the sudden if you go 24 hours without food.

Most of the fitness world will have you believe that you will lose a bunch of muscle if you don’t “feed your muscles” every few hours.

This simply isn’t the case.

“Physiological bursts of GH secretion seem to be of seminal importance for the regulation of protein conservation during fasting. Apart from the possible direct effects of GH on protein dynamics, a number of additional anabolic agents, such as insulin, insulin-like growth factor-I, and free fatty acids (FFAs), are activated.”

“Taken together the effects of GH on protein metabolism seem to include both stimulation of protein synthesis and inhibition of breakdown.”

My Comments: The occasional 18-24 hour fast will actually help you get lean. You have to be strategic and not go overboard, but it will skyrocket your HGH levels… burning fat while sparing muscle.

A Quick HGH Scientific Study Summary (for those who skim)

1) To release maximum HGH through exercise, you need to do intense exercise and aim to reach your Lactate Threshold.

2) One study shows you should aim to stay above the lactate threshold for 10 minutes…another shows a greater than 500% increase in HGH from just one 30 second sprint.

I would recommend to do a series of 30 second sprints in interval fashion for 10-15 minutes. This is taking both studies into consideration.

3) The key is to do intense exercise for 30 seconds. Studies show that this can be resistance training. A good 10-15 minute circuit routine or body weight circuit will have the same effect as a sprint interval routine.

4) Make the intense part of your interval longer than 6 seconds. Anything above 8-10 seconds and not too much more than 30-60 seconds will probably suffice.

5) If you want a simple way to increase your HGH by 5 times the normal amount, fast for 24 hours. Don’t go overboard…I have done this for a couple of years now and I find 2 times per week works well.

6) The HGH release during a 24 hour fast insures that you will burn fat and won’t lose muscle.

Note: I couldn’t find studies comparing the effects of injecting HGH vs increasing HGH naturally. Also…there are a ton of studies that I didn’t mention here.

I just wanted to talk about studies that dealt with increasing HGH with diet and exercise.

One more thing, I decided against doing an article on taking supplements for releasing more HGH. I just feel like it is a waste of your money.