How I Lost 25 Pounds With Food Poisoning 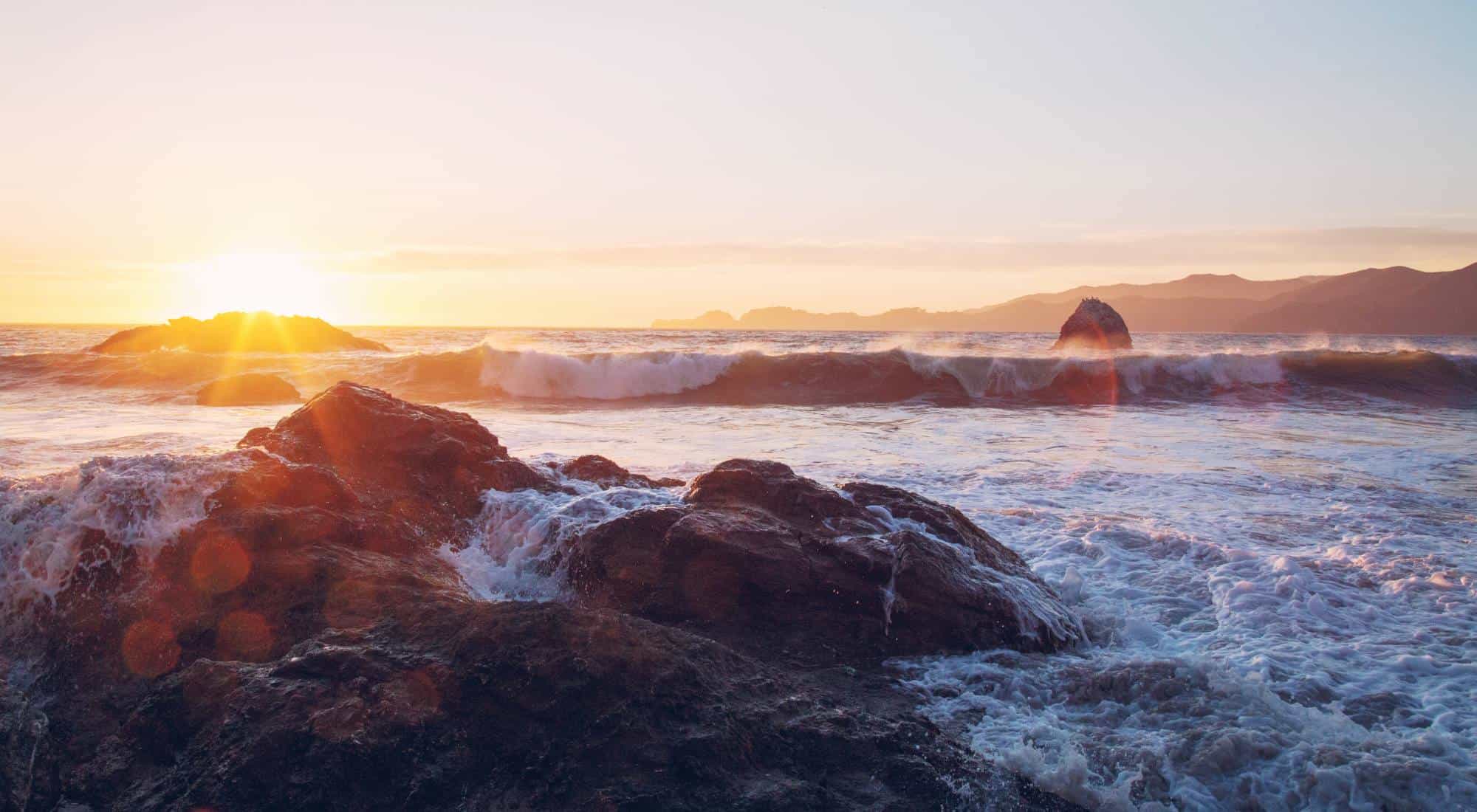 I know you’ve heard bold claims before, but I’ve found a way to lose up to 25 pounds in about 72 hours.

You don’t have to exercise or track meals.

Want to learn the secret?

*Bonus Points —> if you do this before flying to a fancy resort.

I used to think food poisoning was a joke.

I have had light food poisoning before, which wasn’t a big deal… sort of a similar feeling to the flu for a day or so.

I recently had my first battle with full-blown food poisoning.

It began before a 3 day seminar held at the beautiful Ritz-Carlton resort in Half Moon Bay, California. 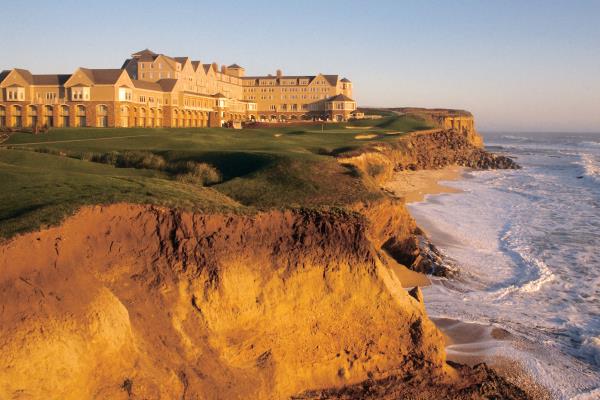 As you can probably guess from the bullet points above…

I ate a tray of sushi I bought at a grocery store, the night before flying to the Bay Area in California.

The sushi even tasted odd, with a slimy film on the fish.

…but I made the choice to “power through” by pouring a lot of soy sauce on the sushi and eating it quickly.

Such a bad decision!

You see, I rarely waste food. I’m not sure where this urge comes from, but if I buy food…I pretty much eat it.

I will never “power through” questionable food again!

I missed out on an amazing time in an incredible setting.

Well…the only thing that kept my spirits up was thinking about how funny this would be to post on my blog.

…things to do to make food poisoning a little less painful.

It all starts with downing bad sushi the night before a flight to CA.

I knew immediately that something was wrong. I had a bad stomach ache during the night and sweat quite a bit.

I drank a large amount of water during the night, so I wouldn’t get dehydrated.

Nothing seemed too intense until my flight the next day. 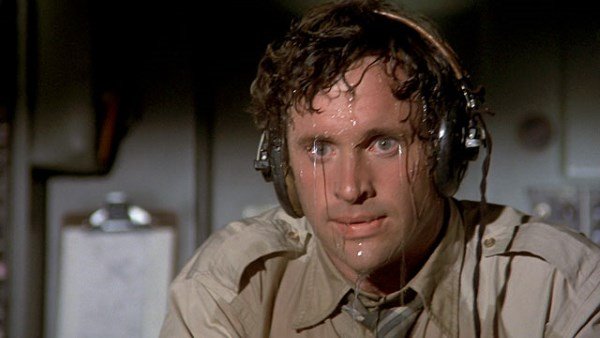 Do I have Parkinson’s Disease?

About an hour into my flight, I began experiencing strange convulsions.

What I had looked a lot like Parkinson’s Disease.

I’m not trying to make light of Parkinson’s Disease or anything like that. It’s a terrible disease and I take it seriously.

The 20-something surfer girl to my left sees what is happening to me and says:

“Dude are you going to be okay?”

“Yeah…I just got a bit of food poisoning. I don’t think I’m going to vomit or anything.”

Then the shaking gets worse.

“Dude! Want me to call over the flight attendant?”

For some reason I don’t want the flight attendants to see me shaking. Every time they walk buy, I pretend that I’m looking into my carry-on or flip through a magazine.

The woman to my right is not as supportive as the surfer girl.

She is using her sweater as a pillow, looks over at me,  and then uses the sleeve of her sweater to cover her mouth and nose.

I can tell she believes that what I have is contagious!

After we land and it is time for me to exit the plane, I’m a little stressed out.

I wasn’t sure how badly I would shake as I walked off the plane.

I make it off the plane largely unnoticed, but now what?

I am wondering if maybe I have an electrolyte imbalance from drinking so much water and sweating all night.

I walk to the airport newsstand and pick up two bottles of Powerade. 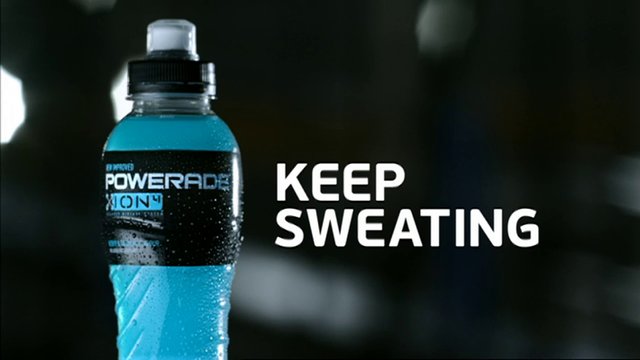 Little did I know that the Powerade “Keep Sweating” slogan was going to foreshadow the next few days.]

Halfway through my first bottle, I’m cured of all shaking.

I’m not someone who typically drinks sport drinks and I’m not sponsored by Powerade, but I was a HUGE fan of the stuff that day.

I leave the airport and get to the Ritz Carlton about 60 minutes later.

I take a nap and then head downstairs a couple hours later to attend a “meet and greet” event that was serving food and cocktails.

…an incredible room on the edge of a cliff overlooking the Pacific Ocean. 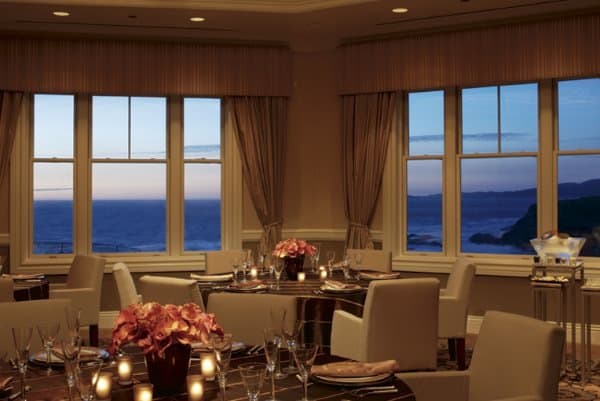 I felt fine for about 30 minutes, then starting feeling warm.

I looked down and my shirt was starting to show spots of sweat.

I knew something was wrong so I excused myself.

As I walked back to my room, through the lobby, those small spots of sweat on my shirt became bigger.

By the time I reached the elevator the entire front and back of my shirt was drenched…It was a very embarrassing elevator ride.

I toweled off in my room and went to sleep.

I woke up the next day with soaked sheets, but showered and got ready for day one of the event.

I felt bad that first day and didn’t eat any food…but besides that it wasn’t a big deal.

That night is when the true horror began!

I’m guessing that 90% of my 25 pounds of weight loss actually happened in the tortuous 36 hours that were to follow.

In part 2, I’ll discuss 36 hours of struggle in my hotel room. 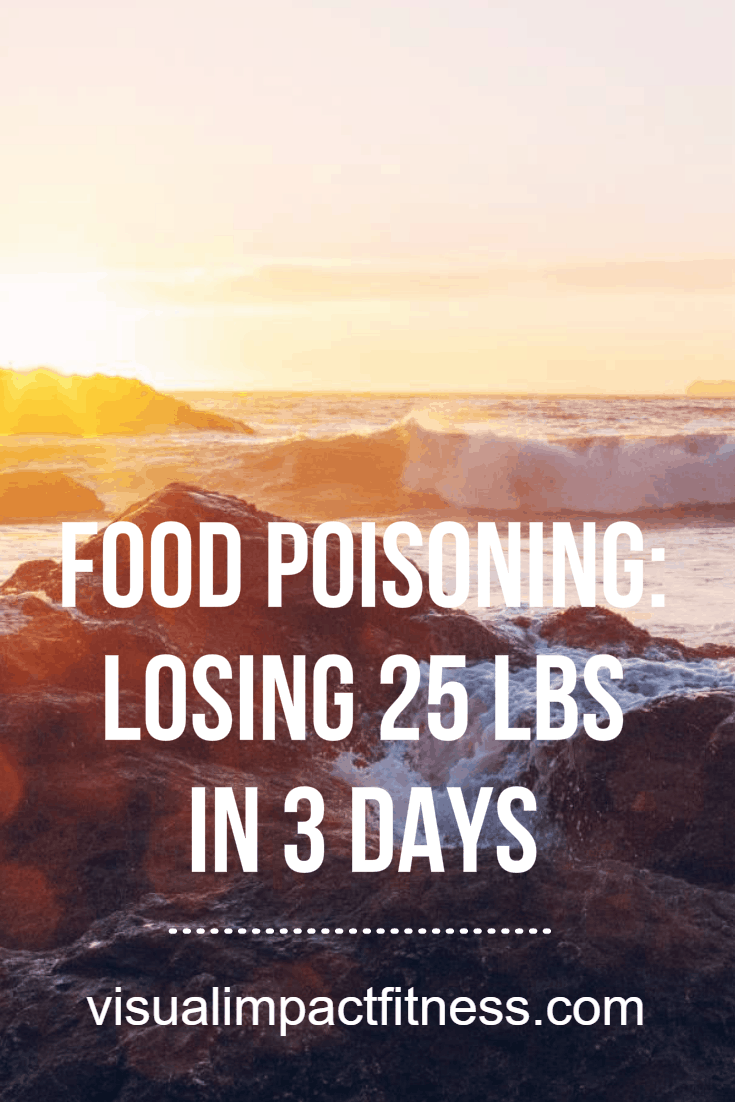