Is It Possible to Lengthen Telomeres With Diet & Exercise? 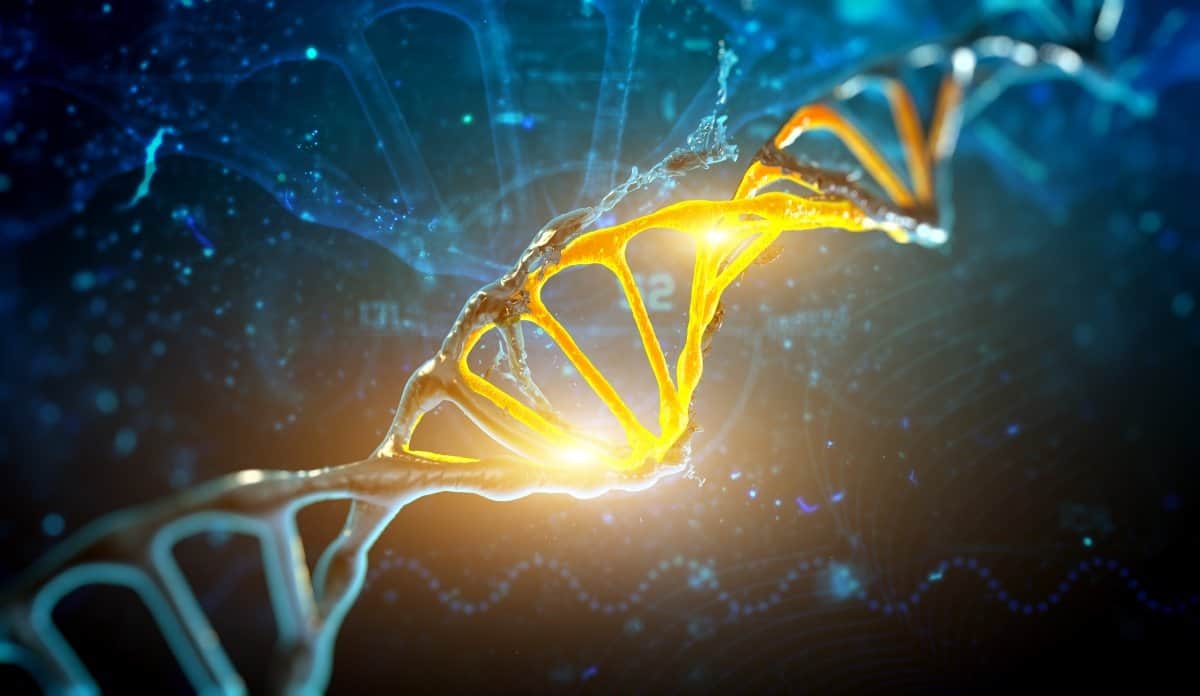 Think of a telomere as being similar to a plastic cap on the end of a shoelace that keeps the chromosome from splitting and fraying as it replicates.

As we age and as chromosomes replicate, these caps – the telomeres, become shorter and shorter.

The shorter the telomeres get, the more prone we are to age-related diseases like cancer and cardiovascular diseases (1).

We are really just beginning to understand the significance of telomeres. 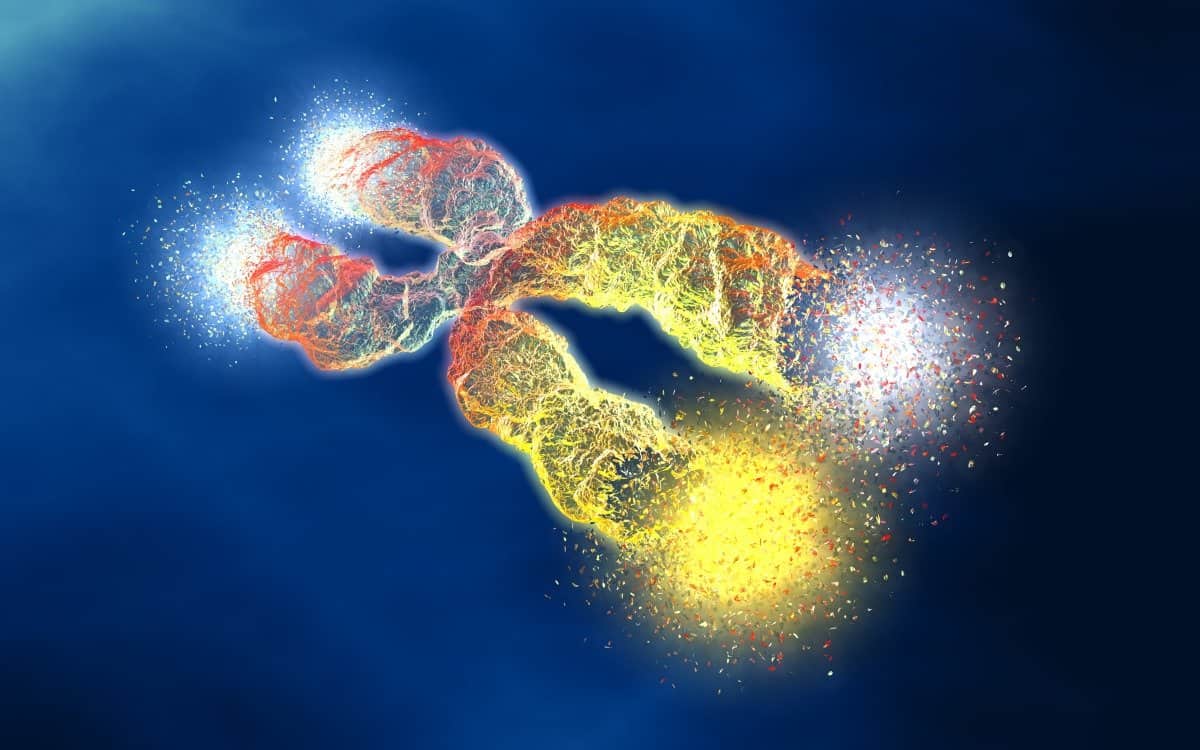 In fact, The 2009 Nobel Prize in Physiology or Medicine was awarded to 3 scientists for their discovery of “How chromosomes are protected by telomeres and the enzyme telomerase.”

These scientists made these discoveries in the late ’70s, but we have just recently recognized the significance of their work.

For this article, we contacted a Geneticist who has extensive experience in DNA testing and measuring telomere length.

He was formerly a Population Geneticist for Ancestry.com and we have a Q&A section with him at the end of this article.

Is it possible to lengthen the telomeres and potentially extend life?

There is an enzyme called telomerase that keeps telomeres from shortening too early and can even lengthen these structures (2).

Researchers and science still have a lot to learn here, but the thought is that by increasing telomerase we can extend lifespan.

Is TELOMERASE the key to slowing the aging process? 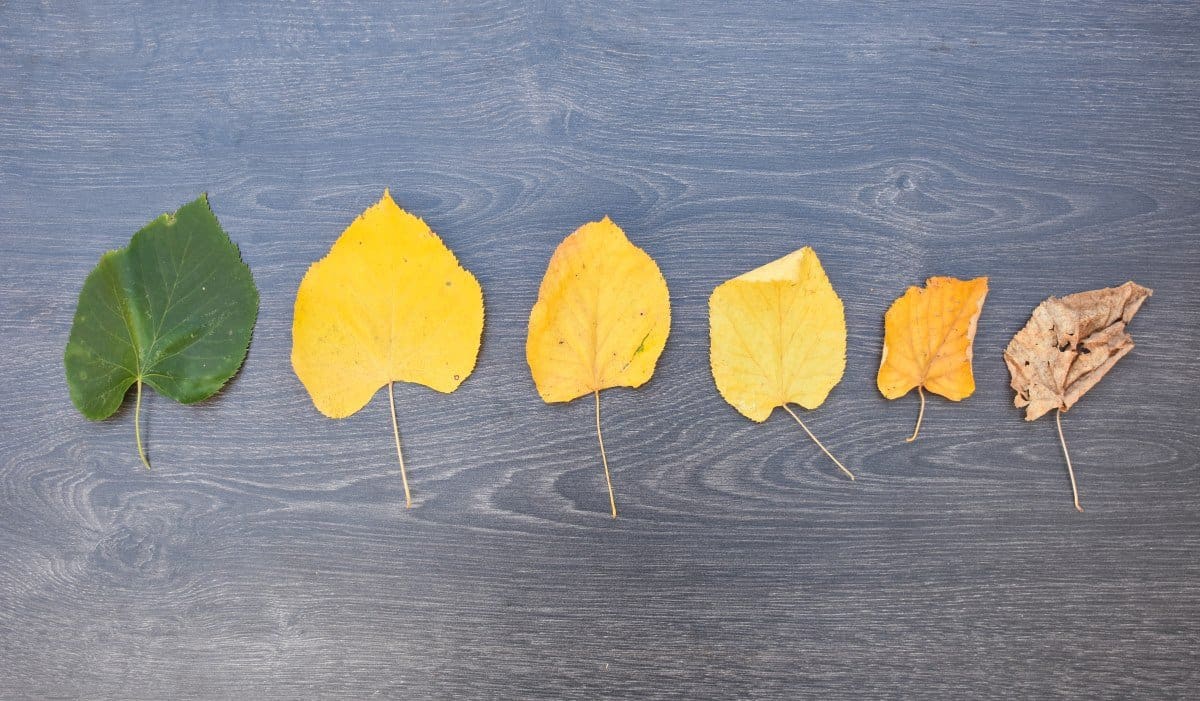 It’s an enzyme produced by the body, so what research is looking into is getting the body to increase telomerase to keep the telomeres from shortening (3).

There are drugs that can increase telomerase activity but unfortunately have been shown to increase the rate of growth of some types of cancer.

This article is going to look at how to lengthen telomeres with diet and exercise.

The trend in fitness today is a heavy focus on weight training and diet alone to get lean.

Cardio is thought of as unnecessary and even counterproductive.

I have never agreed with this approach to fitness and recommend a combo of weight training, a healthy diet, AND cardio.

Cardio can slow and even reverse cellular aging. 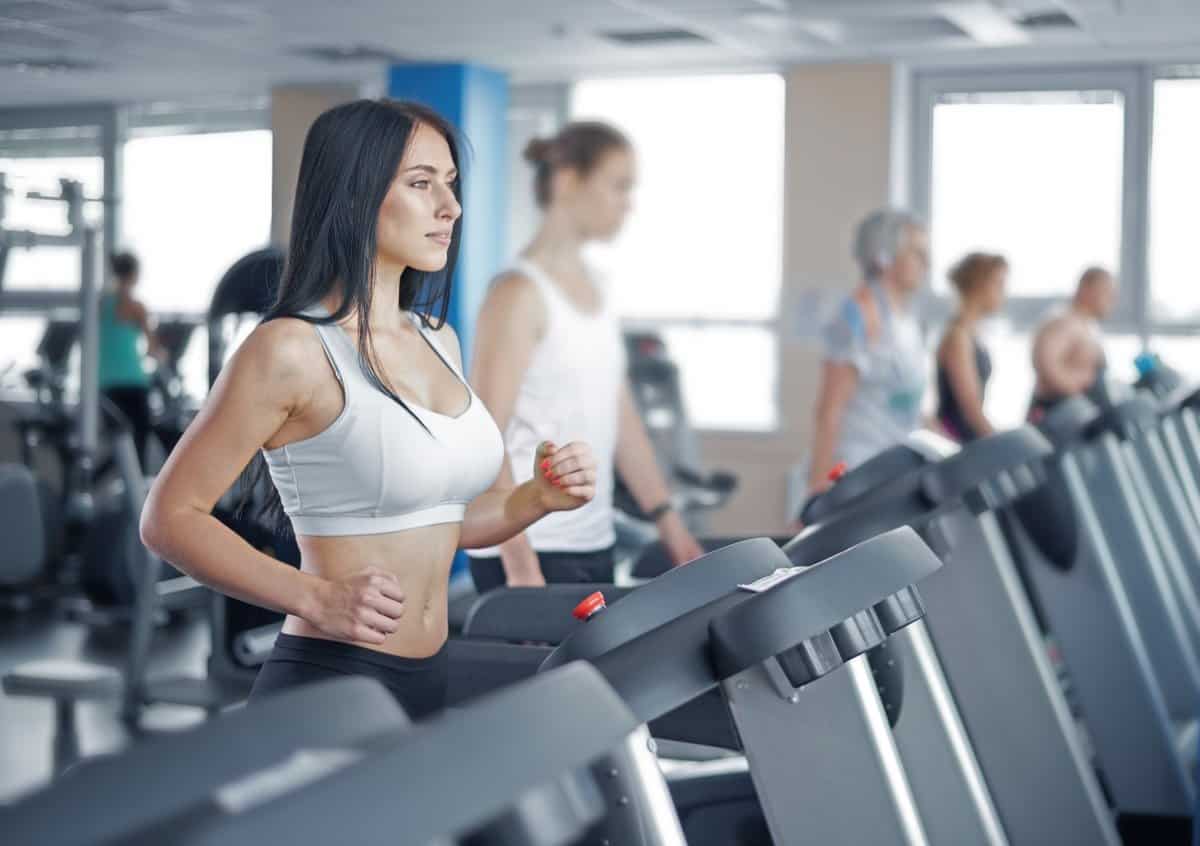 A study published in November 2018 in the European Heart Journal (4) compared different types of training on the telomere length and telomerase activity.

This involved 124 people over a 6 month period.

The people were split into 4 groups:

They were instructed to do three 45-minute sessions of their assigned type of training each week.

The telomere length and telomerase activity were measured in the participants’ white blood cells before and after the study.

The lead researcher of the study, Ulrich Laufs, said this:

“Our main finding is that, compared to the start of the study and the control group, in volunteers who did endurance and high intensity training, telomerase activity and telomere length increased, which are both important for cellular aging, regenerative capacity and thus, healthy aging. Interestingly, resistance training did not exert these effects.”

I believe everyone should do some type of resistance training to maintain muscle as they age. 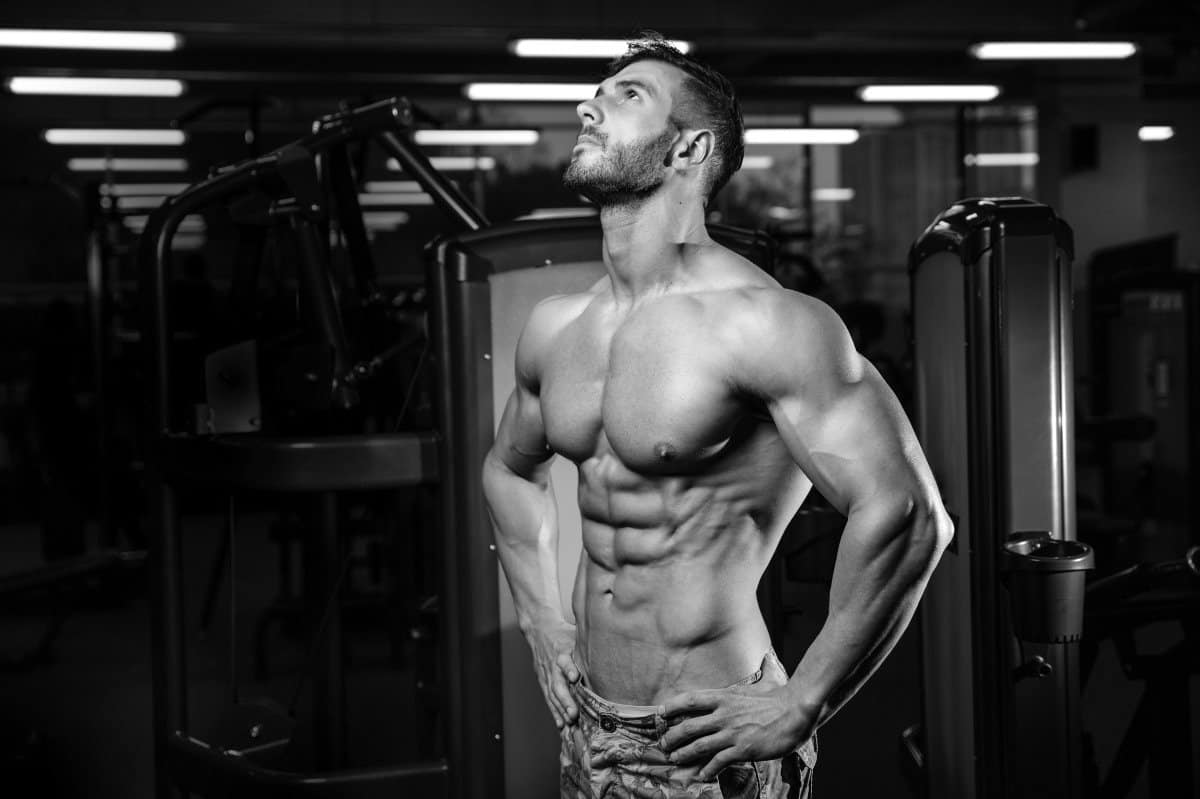 Don’t skip out on endurance training.

An interesting thing is that HIIT was also shown to lengthen telomeres.

It doesn’t necessarily have to be done with traditional cardio exercises, I have a detailed article on numerous effective HIIT workout approaches here:

Exercise that increases Nitric Oxide in the blood could POSSIBLY explain why both cardio and HIIT extend telomere length.

In 2000 there was a study (5) showing that Nitric Oxide activates telomerase but in 2007 a study (6) came out with evidence against this.

This seems to be going back and forth…

One way to increase Nitric Oxide is to breathe through your nose as much as possible when performing cardio. 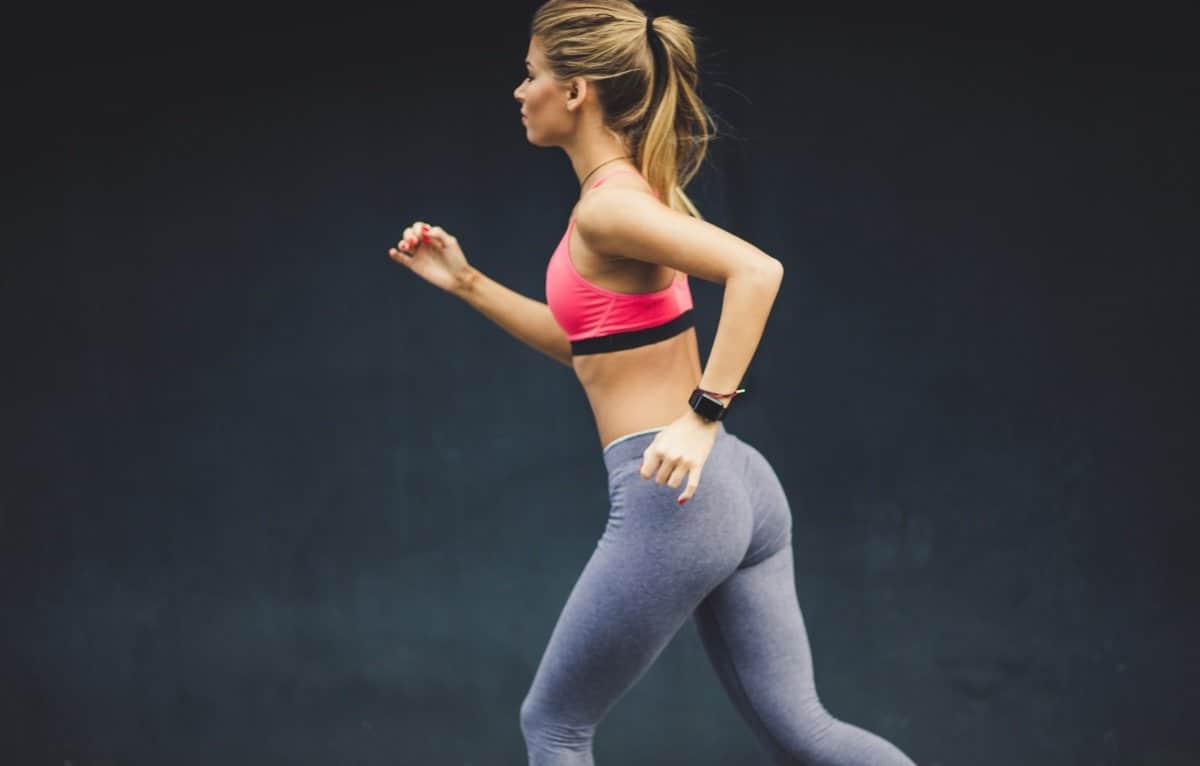 I cover this in detail in this article:

So make sure you exercise in a way that keeps your levels as high as possible.

What can you eat to increase telomere length?

I’ve been following this and for quite a while studies (8) showed no significance when it came to diet and telomere length.

Some of these studies were comparing specific diets like the Baltic Sea diet vs the Mediterranean Diet.

Then a study (9) published in April 2018 looked at fiber intake and telomere length. 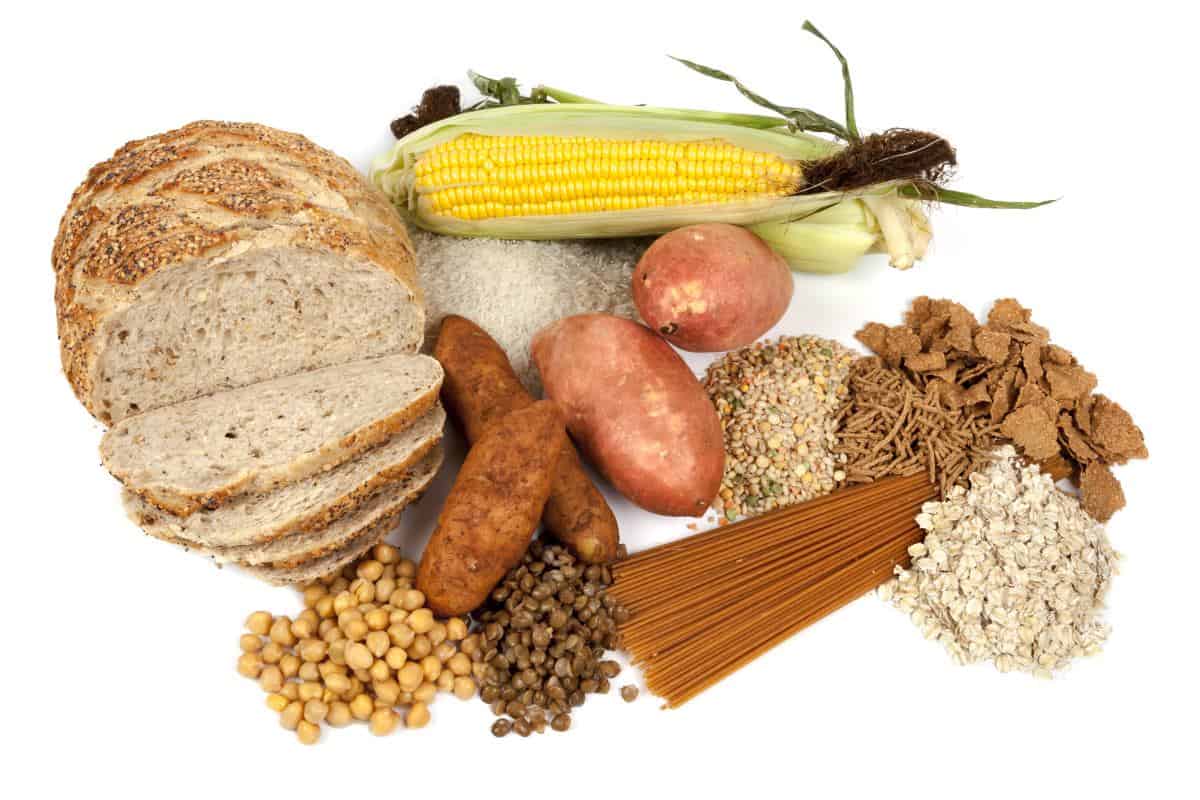 The U.S. is a good population to study because a large portion of the population has a low fiber intake (and getting lower with the rise in popularity of the KETO and Low Carb diets).

People who eat a high fiber diet have been found to have longer telomeres than those who eat very little fiber.

“A difference of 4.8 to 6.0 years in cell aging was found between those in the lowest compared with the highest quartiles of fiber intake. Overall, the present study highlights the risk of accelerated aging among U.S. women and men who do not consume adequate amounts of dietary fiber.”

This actually may partially explain the results of an earlier study.

“By source of fiber, cereal and, to a lesser extent, vegetable fiber were significantly associated with lower total mortality, while fruit fiber showed no association. In conclusion, high dietary fiber intake may reduce the risk of total mortality.”

We have known for a while that a high intake of fiber is associated with a lower risk of chronic disease. 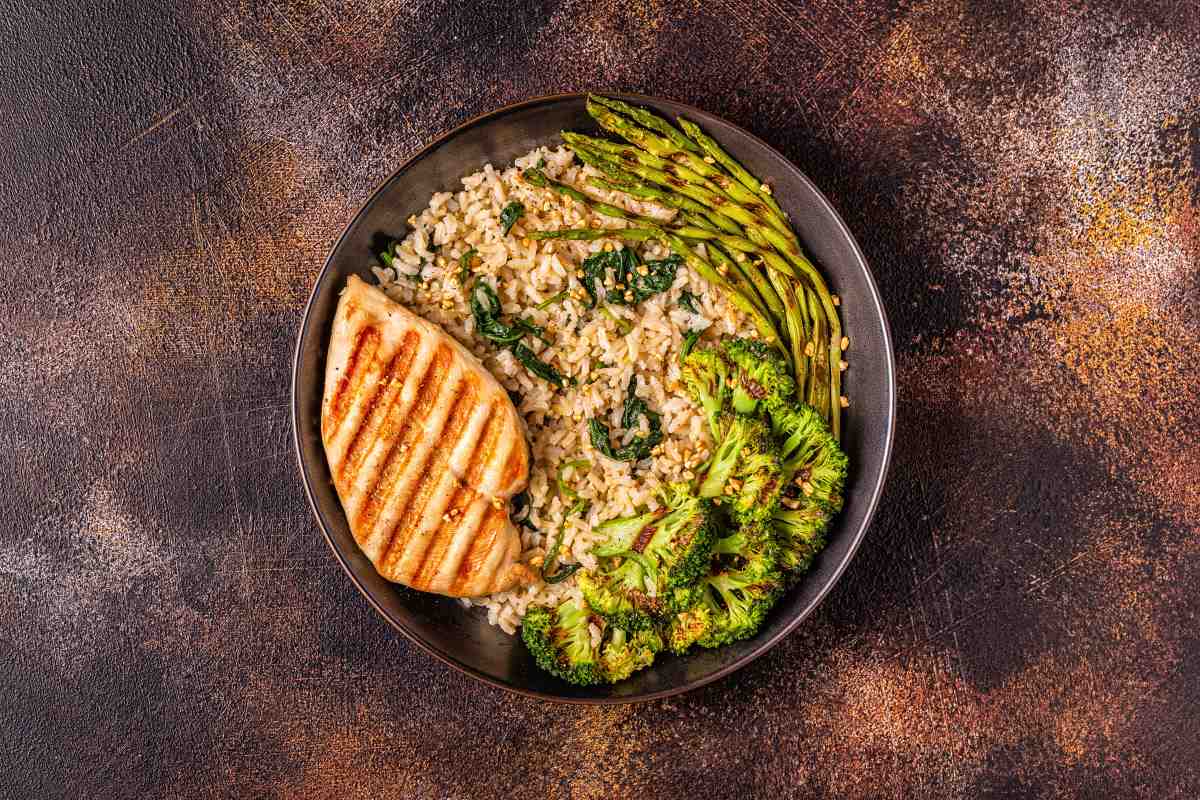 Perhaps fiber’s effect on telomere length is one of the reasons for the lower incidence of chronic diseases for those who eat a high fiber diet.

Sometimes we figure out something is healthy before we find out exactly why it is healthy.

Like I mentioned earlier, the rise in popularity of low carb and keto diets mean that people are getting less fiber than ever.

Although these diets can result in fat loss, I just don’t think they are healthy long term. It’s possible to get lean with a high carb diet.

Make sure it includes plenty of fiber-rich foods.

How much fiber should you eat each day?

Only about 10% of Americans hit this recommendation.

I’m not saying the Dietary Guidelines are ideal at all, but I think in regards to fiber they have it right.

Here are some other benefits of fiber:

So the benefits of fiber go beyond extending the lifespan of telomeres.

What about foods that increase Nitric Oxide? 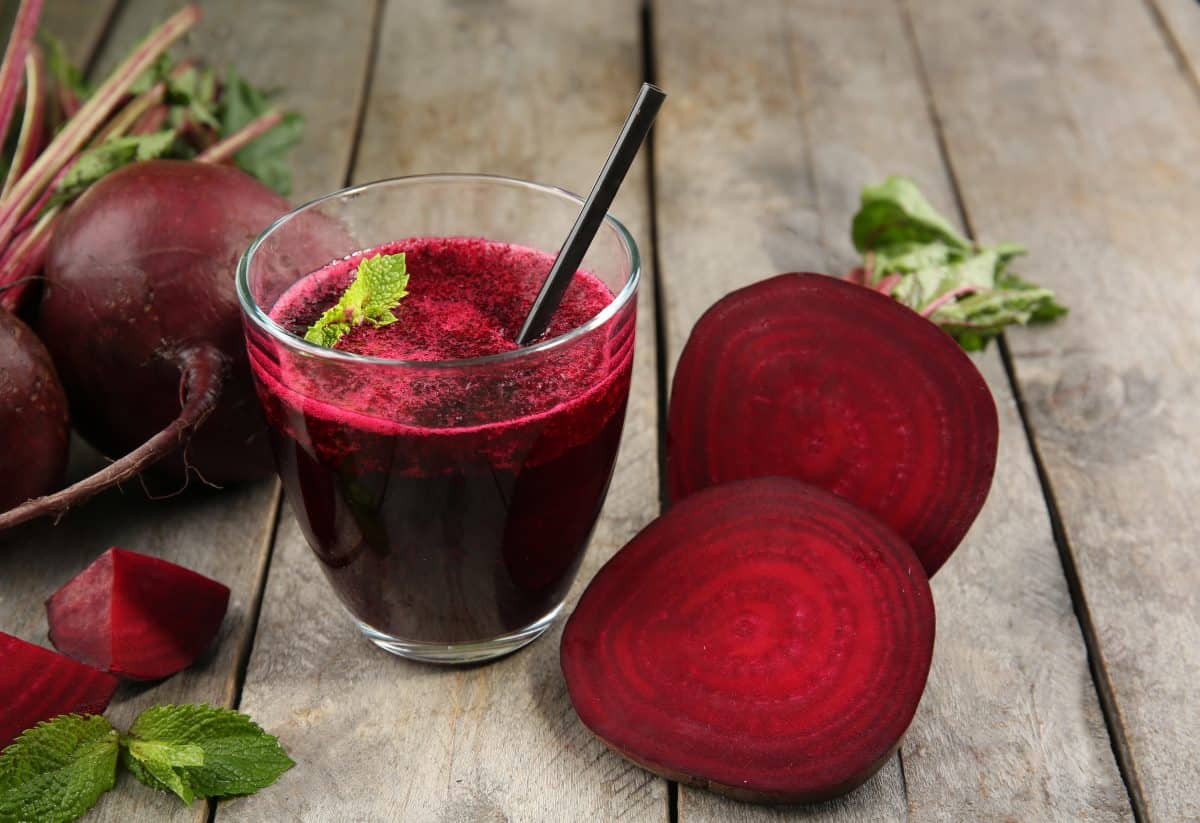 As I discussed earlier an increase in Nitric Oxide is tied to the lengthening of telomeres.

Here are some foods to eat to increase nitric oxide production:

I would recommend making dishes that combine high fiber foods with these foods shown to boost nitric oxide.

We still have much to learn when it comes to aging, exercise, and diet.

Time to bring in the expert.

Q&A With a Geneticist | DNA, Telomeres, and New Findings 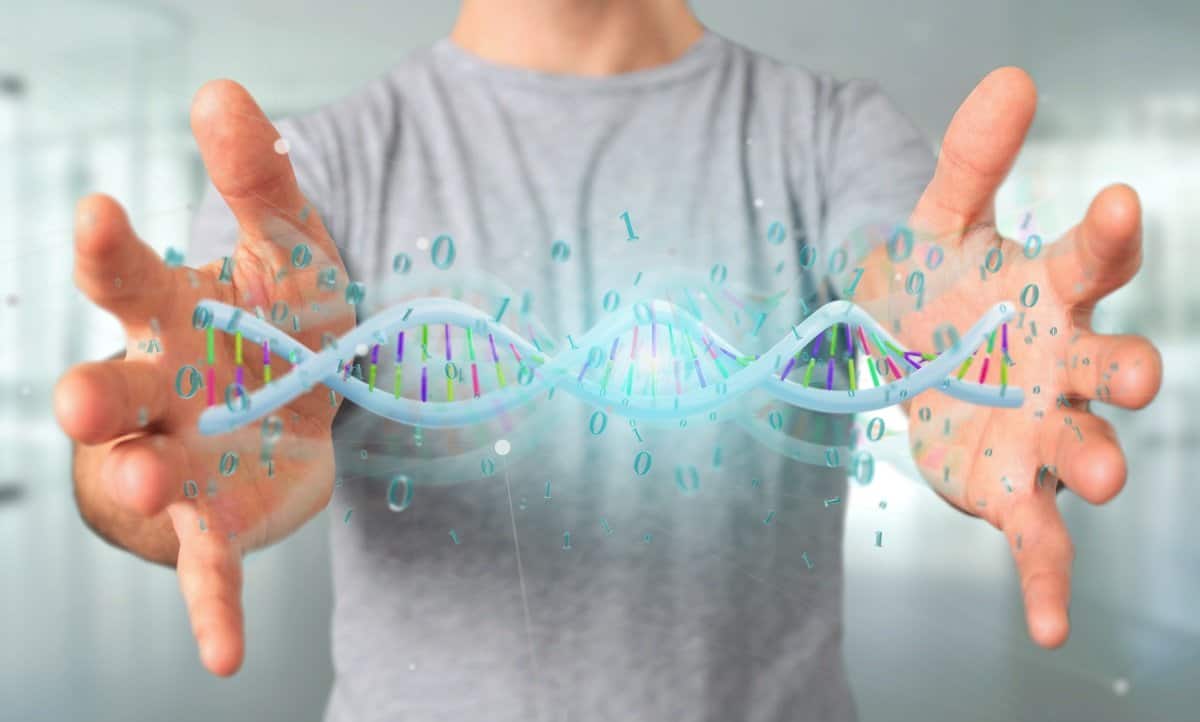 Tim Barclay is the Sr. Editor for the leading DNA testing consumer guide, Innerbody.com. He was also formerly a Population Geneticist for Ancestry.com and earned his Ph.D. in Genetics from Iowa State University.

Question 1: Can you tell how old someone is by telomere length? Is there an average length for each age group?

Answer: It is possible to make an educated guess as to how old someone is based on telomere length.

There is an inverse correlation between age and telomere length (measured in TRFs, terminal restriction fragments). By plotting the lengths of thousands of individuals’ telomeres along with their respective ages, we can make educated guesses as to a subject’s age based on observed TRF lengths. This plotting method is similar to how we can make an educated guess on how tall a baby will grow up to be based on the heights of the parents.

Question 2: Can I currently have my telomere length tested? I want to find out if I have strong telomeres for a 49-year-old.

Answer: In my opinion, the easiest way to have your telomere length tested is by purchasing a direct-to-consumer test kit from an innovative, Silicon Valley-based company named TeloYears. As far as we know, they are the only company which currently offers such a home test.

On our website, Innerbody.com, we have a detailed review of TeloYears that a colleague of mine wrote earlier this year. In short, our researchers really thought highly of their tests.

Question 3: What is the biggest benefit someone receives by getting their DNA tested?

Answer: Now I am assuming that you are asking about the biggest benefit associated with taking a telomere DNA test (and not a more general DNA test).

There are many benefits. But if forced to choose one, I would say that if you find out that for whatever reason you have significantly shorter than average telomere lengths (which typically affects 5K – 10K Americans), then you will know early on that you have an increased risk for developing many diseases associated with short telomeres such as pulmonary fibrosis. This information can help you and your doctor make more informed medical decisions.

Question 4: I’m guessing things like obesity, smoking, excessive drinking will all negatively affect telomere length. What should we avoid to ensure our DNA isn’t negatively impacted?

Answer: You are correct. There have been many reputable studies that appear to show a connection between poor lifestyle choices such as smoking, poor diet, etc. and shorter telomere length. However, the science is not at the point where it can explain why this would be the case. Correlation does not necessarily mean causation, so the truth is that we really don’t know for sure.

I am not a fitness guru, but from a geneticist’s perspective, I would say that that you should not be smoking and should maintain a well-balanced diet to keep your body healthy in general. And if keeping your telomere lengths as long as possible is one of the results of these choices then that is icing on the cake. 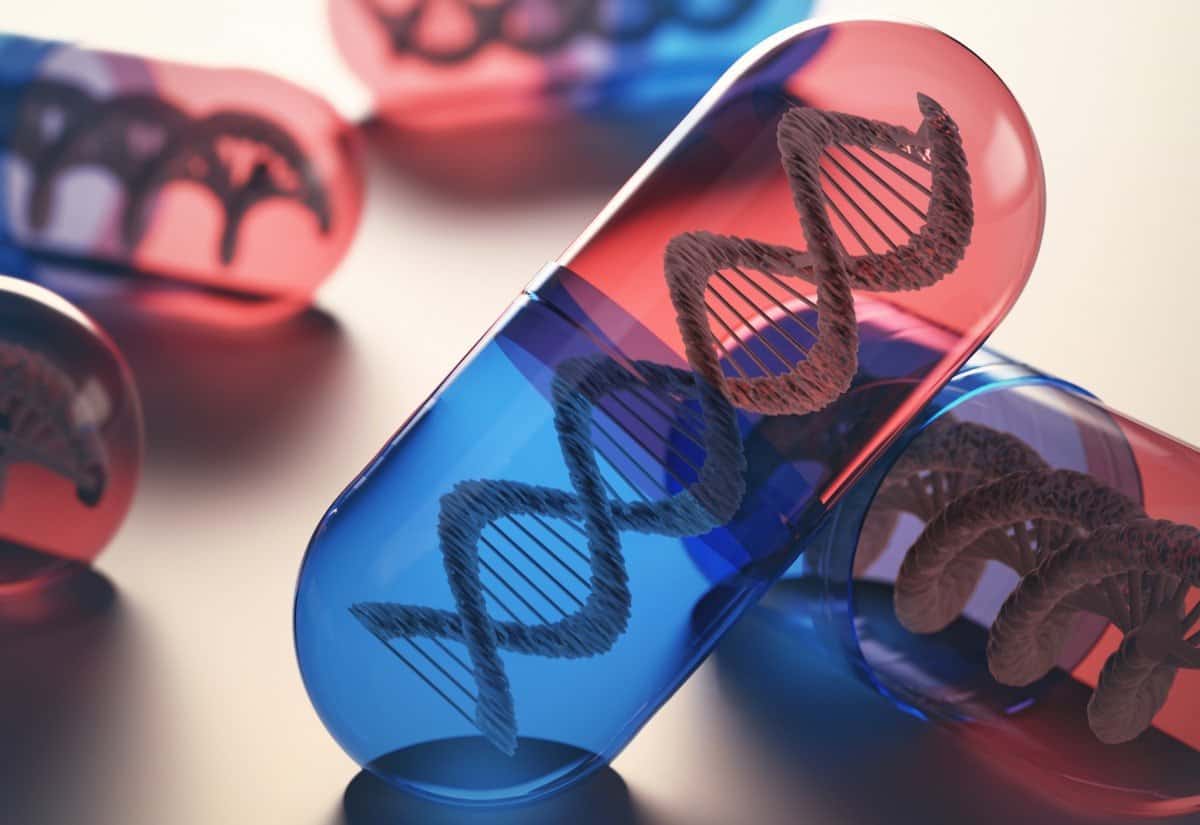 Question 5: Are there any effective supplements you would recommend that are especially effective when it comes to affecting our DNA in a positive way?

Answer: As a scientist, I only like making assertions that are strongly backed by diligent research. And at this time, there is not a whole lot of evidence, at least that I know of anyway, that would suggest supplements would help. We just don’t know currently, so I would not want to make uninformed guesses.

I would say that maintaining a healthy diet would surely not hurt. And I would not be surprised if that sometime in the future, a positive correlation between some vitamins or minerals and telomere health was proven.

Question 6: Do you see a day in the near future where we have the ability to drastically slow down the aging process? It feels like we are getting close.

Answer: This is getting very speculative. I don’t know if I would say “near” future, but I do personally believe that sometime within the next 20 or 40 years scientists will have figured out a way to slow down the aging process.

Question 7: What excites you most about this area of research?

Answer: The telescope was invented in the early 1600’s. The invention sparked an information revolution about what we learned about the universe. Back then, astronomers saw a blurry object and guessed it was a new planet. They were pretty sure that it was a planet, but they didn’t know for sure. And just think how we have come since that time, landing a man on the moon, sending a rover to Mars, and seeing distant galaxies billions of light years away.

Well, genetic science today is about where astronomy and the telescope were in the 1700’s. But this time, science is moving much, much faster. I can’t wait to see what we uncover about our DNA in the next 10 years. There is so much potential.